We've all heard of the imported Chinese drywall and its toxicity in emitting dangerous sulfur gases in some homes. But do you know the cause of it? Perhaps, you may be muttering to yourself, "who cares" right? The answer is; those who will encounter harmful health problems from the purchase of the dream house they have always wanted. Or perhaps, one who might have purchased a foreclosed property at a fantastic deal. There are many scenarios that may cause us concern over the toxic drywall situation.

The suspected culprit that makes the imported Chinese drywall toxic may be "fly ash". I know now your asking, what the heck is "fly ash"?

I understand that fly ash is the derivative of burned sulfur coal at power plants that generate electricity. Fly ash accumulates in the bottom of furnaces and smoke stacks.  The contents of the "coal ash" or fly ash is determined depending upon the type and source of coal.

The contents of the ash, depending upon the coal, may be arsenic, beryllium, cobalt, lead, manganese and mercury, along with many other compounds like dioxins.

In the past, fly ash was generally released into the atmosphere. However, government mandates now require the pollutants to be captured and discarded. About 43% is recycled and used as supplements in some building products like Portland cement and some bricks.

In some countries, the fly ash produced by the sulfur coal burning electricity generating plants is discarded in public landfills, along with, maybe, e-waste and who knows what else. Perhaps this occurs near the gypsum mines, where there is a seepage and contamination of the run-off into streams and soil. Of course this is just speculation on my part. But this much I do know: fly ash or coal ash containing sulfur contaminants is suspected to be used in the manufacture of Chinese drywall as well.

The health concerns may be a bleeding nose, upper respiratory problems, a skin rash, skin sores, headaches, eye problems, and scores of others afflictions.

If you have a rotten egg smell in your home, or your mirrors are getting darker, jewelry quickly tarnishing, copper products in appliances turning black with corrosion, then you may have the toxic drywall in your home.

Other indications are electrical surges, constant wiring and appliance problems, including your air conditioner, or perhaps when you reach to turn on the light the switch may be hot, or gives a tingling sensation to your fingers, which is an indication of wiring problems. These too can be telltale signs.

You may want to check the AC condenser and the copper coils in your refrigerator works.  If they are black or very dark, you may want to contact someone about your concerns.

Heat and humidity are activators of the toxic sulfur gasses. There has been some suggestion that fires have been caused by toxic drywall due to the corrosive affect on electrical wiring. Also, there are concerns of some sort of radioactivity involved in this drywall.

The question is: who do you contact? Below are some suggestions:

1-     Contact your builder. Tell him your concerns and what you suspect. Ask him to check out the problem as soon as he can schedule an inspection.

2-     Contact your county code department. They can direct you to someone who can do an independent test on your drywall.

3-     There are a few companies that are becoming experts on the toxic drywall, and can give you advise as well do the remediation of the problem.

Just like Don Babinsky said, "I'm a firm believer that everyone involved with this ugly issue has been victimized by an unfortunate set of circumstances, which is to say that nearly everyone involved had only the best of intentions originally".

(Don is with DriRite Corporation. He is an authority on Chinese toxic drywall. His company does remediation of the toxic drywall).

Real estate professionals should know the symptoms and how to spot indications of toxic drywall so he / she can recommend action, including an inspection.

It is my belief that knowledge is important and the use of it is essential. However, the harvesting of knowledge without use of it is a waste of time. I hope this information has been worth your time and is helpful to you.

WOW! I had no idea. This is great information to have. Is there really that much Chinese drywall used in the USA right now? Or is this more of an issue in older homes? Thanks!

There was over 550 million sq ft of toxic drywall imported into florida alone. There was another 5.2 million sq ft imported an distributed in 21 other states, that we know about.

We know of 100,000 homes in Florida that this toxic drywall was used in. Additionally, there were a lot of older homes that was remodled during this time. Who knows how many of those are affected as well.

Also Betina, this will become a Tsunami of wave after wave of unhealthy conditions in abandoned foreclossed homes, that will reappear on the market at bargan basement prices.

If you want to stay in touch with this subject, just go to my blog jrhafer.com/blog. Please make as many comments on there as you wish. Also any questions you may have feel free to ask them.

I teach classes at our local Board of Realtors on the imported Toxic Chinese drywall situation.

There is much more to the story...  Thanks, JR Hafer

JR - Great analysis and information on a serious problem. And, as you mention, will be with us for a long time.

Thanks John, Yes, this is a serious issue. One, which we as Real estate professionals must stay aware of. I am teaching classes on the subject at the local Realtor Association. Please stay in touch with my blog where you can learn what's happening with the toxic drywall situation. My blog is jrhafer.com/blog. I encourage you to visit often and make comments. 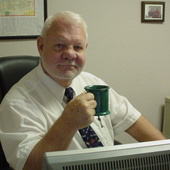