For a long time I did not want anything to do with listing short sales. It's too hard, we don't get paid enough, and it's too sad. Then several months ago I had a change of heart. This occurred after I kept seeing good people that didn't do anything wrong lose their home because they didn't know what to do.  And then their credit was ruined for seven years on top of losing their home. The part that really made me MAD was all the people that were trying to get money from these people that had none. I don't know how these people & companies sleep at night when they are basically kicking people when they are down. Some of these companies say they can do a loan modification for the troubled homeowners for just a couple thousand dollars, and then do nothing or just disappear. In my opinion the false hope that these companies give is almost as bad as taking the money. If the troubled homeowners had a couple thousand extra they wouldn't be ask risk of losing their homes.

What my team tries to do is sit down with troubled homeowners and show them all their options. We will help them with a loan modification. We have edited countless hardship letters the last several months. I never thought I would be using my degree in English in this way! Many homeowners come to us with the goal of keeping their homes, which we try our hardest and best to help them accomplish. For some of them it just isn't possible to stay in the house, but we can usually save their credit (a little) and their dignity.  After lots of research we have concluded that a foreclosure will ruin a person's credit for 7 years while a short sale will only ding their credit for 2 years.  We also do a lot of counseling and listening. We know that this is probably one of the hardest times that these people may have experienced in their lives and some are so worried that they become sick, and that just makes everything worse. We try to instill before we end the first meeting that this is not the end of the world. And as Hugh Rowley (one of my partners) usually says "There is a light at the end of the tunnel and it is not an oncoming train"! We also tell them that they are not alone and they probably didn't do anything wrong it is just the economy.

Inevitably, they ask why and how we can help them for free. This is a 2 part answer. First we tell them that usually out of every 10 homeowners that we meet there are a few that are so behind and underwater that the best option for them is to do a short sale, in which we get paid by the bank when it closes. We also believe in Karma, if we keep helping people, then good things will come our way. These troubled homeowners are so grateful after we have saved them from foreclosure that they tell everyone they know about us. These people might not have any money, but they probably know people with money, who want to buy or sell property.

If you aren't in Southern Arizona, I would suggest contacting Hope Now  as they provide free counseling across the country.

We have a couple websites, including www.ClickTucsonmls.com

My team consists of myself, Mark Schneider, and Hugh Rowley of RealEstate.com. 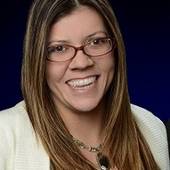