I was just reading this article on CNNMoney.com. Local governments are bemoaning the fact that they are having difficulty spending federal grant money from the Neighborhood Stabilization Program. The problem? Private investors and home buyers are snatching up foreclosed properties before the local program administrators are able to.

"Getting hold of the houses, especially the right houses, can be a lot harder than they thought," said housing expert Alan Mallach, a non-resident senior fellow at the Brookings Institution. "They are finding there's a lot more competition for these properties, and they are losing out to investors."

Now, I'm certainly no economist. However, I am a taxpayer and I'm having a hard time understanding how this is a problem. Just because some of my tax dollars have been budgeted to prop up struggling neighborhoods does not mean that the government should feel obligated to spend it.

Each month I create a budget so that I know how much money I will need to meet my family's needs. Occasionally I find that I didn't spend as much as I had budgeted for variable expenses, such as groceries and entertainment. When this situation occurs, I do not feel compelled to quickly come up with new ways to get that money spent. I have learned over my lifetime that where there is a surplus today, there will eventually be an unplanned expense pop up - usually when least expected. It's in those times that I'm glad that I had enough discipline to hold onto some of that surplus.

There has been a lot of grumbling about how the banks are not doing their part to "stimulate the economy". I agree with most of those opinions. However, in this case, I think they've got it right and I agree with this comment...

Not everyone sees the increased competition for foreclosed properties as a problem. This activity will also bring stability to neighborhoods, said Joseph Pigg, senior counsel at the American Bankers Association.

"If the private market is coming back and buying houses and crowding the government out, that's not a bad thing," he said. 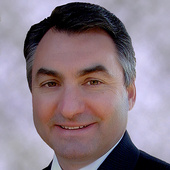