News we can use in the real estate and mortgage business. After last week's blood bath in the Bond Market the fallout was felt by sharply rising interest rates. The short term forcast is for the volitility of last weeks market to subside and this week prices and yields to remain level. The effect is little or no change in mortgage rates. However we need to remember that 6.5% is still a very good rate and that it is expected to stay in this area for the near future. Here is som additional Bond Market info:

Bonds: The worst may be over

With no major economic readings issued Monday and few reports slated for release later this week, investors looking for clues about the future direction of interest rates may shift their attention to rising energy prices and their impact on inflation, said Alan Lancz, money manager and editor of Lancz Letter.

"Energy prices have been inching up off the radar chart," said Lancz. "(It) is a big tax on the consumer that could rear its ugly head again."

Alcoa (up $1.26 to $42.86, Charts, Fortune 500) was one of the few Dow 30 advancers following a report by the Times of London that mining group BHP Billiton is reconsidering a takeover bid for the aluminum producer.

In other corporate news, the fast-food chain Wendy's (down $1.24 to $38.49, Charts) said Monday it was exploring a possible sale of the company and also cut its 2007 earnings forecast, sending the stock down more than 3 percent.

Boeing (down $0.33 to $97.82, Charts, Fortune 500) rival Airbus collected a number of plane orders at the Paris Air Show, including an $8 billion deal with U.S. carrier US Airways.

British media outfit Pearson (down $0.10 to $17.11, Charts) is in talks with General Electric (up $0.05 to $38.17, Charts, Fortune 500) about a joint bid for Wall Street Journal publisher Dow Jones (down $0.14 to $58.87, Charts) that would permit the controlling Bancroft family to keep a minority interest, according to a report published Sunday afternoon.

Shares of the retail footwear firm Genesco Inc. (up $4.08 to $53.68, Charts), which operates the Journeys chain, soared Monday after fellow retailer Finish Line Inc. said it would purchase the company for about $1.5 billion.

In the only economic news of the day, U.S. home builder sentiment fell to its lowest level in over 16 years, the National Association of Home Builders said Monday, citing rising mortgage rates and more strict lending practices.

Bond prices moved slightly higher, pushing up the benchmark 10-year yield to 5.15 percent down from 5.16 percent late Friday. Bond prices and yields move in opposite directions. 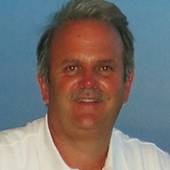