ROCKINGHAM NC (9-22-09) - ARCA RE/MAX Series open tests can serve a multitude of things. Whether it be dialing-in your chassis for the race and/or getting rookies seat-time on unfamiliar tracks, they can often put race teams one step ahead of the competition before raceday ever rolls around.

They can also become a sheer necessity for two young drivers battling for a championship. In this case, we're talking about point leader Justin Lofton and rookie Parker Kligerman whose separation in points is a mere 25 markers with just two events remaining in 2009 - the Kansas Lottery 150 at Kansas Speedway (Oct. 1) and the ARCA RE/MAX American 200 at Rockingham Speedway (Oct. 11).

That's why both are entered in Wednesday's (Sept. 23) open test at Rockingham Speedway. Each driver has taken the series by storm in 2009. While Lofton leads in points, Kligerman leads with a season-high seven wins to Lofton's six. The most recent battle between the two title contenders came under the lights last Saturday night at Salem Speedway where they engaged race fans in the stands and at ARCAracing.com with a thrilling side-by-side duel for the lead over the final 15 laps resulting in Lofton edging Kligerman for the win at the final stripe. As a testament to both, they never touched during the exchange, which came down right to the checkered flag.

Lofton, according to his quote, seemed to be looking toward the future in regards to how things shook down during the Salem race.

"Me and Parker are going to be racing each other for a long time to come so there is no reason to get off on a bad note early in our careers," said Lofton. "I barely lifted during those last 20 laps. It was unbelievable but that's what it's about. When you can get a win like that running this close it just means that much more to you then if you were to just run away with it."

Kligerman, on the hand, felt he let his team down and issued some thoughts of his own regarding the future. The difference being, Lofton was referring to the years ahead while Kligerman seemed to be talking about the next ARCA RE/MAX Series event on tour.

"I think I kind of let my team down there at that last run," said Kligerman. "I should have gotten by Justin Lofton but we're racing for a championship here and I don't want to get into the situation that you saw those two (Ricky Stenhouse and Scott Speed) get into running for the Championship last year. Hopefully Justin Lofton will remember that the next two races going into the end of the season."

Kligerman had several opportunities to move the eventual winner in the closing laps but chose otherwise.

"I was running right behind him [Justin Lofton] and I could have moved him a bunch of times," added Kligerman. "He was all over the place and I thought 'I'll just get by him, I'll get by him clean and we'll go on to the next race and we don't need to get into a pushing match for a Championship. Maybe I'm a little bit too nice but hopefully he will remember that next week."

ell, it's now next week and the next order of business for the two title contenders is tomorrow's test at Rockingham.

And, depending on what happens in the race at Kansas, it's looking more likely that the battle for the ARCA RE/MAX Series title will come down to the championship weekend at Rockingham Speedway October 10th and 11th.

Interestingly enough, while both drivers have dominated the win column in 2009 with 13 victories between them, both drivers did not fare well at Rockingham in the spring.

Kligerman spun early on off turn two before Lofton bounced off the wall in turn four. Both drivers were able to finish the race, but neither driver was a threat to win against the veteran Ken Schrader, who dominated the race, and/or eventual winner Sean Caisse, driving a Venturini Motorsports-prepared Chevrolet.

ARCA RE/MAX Series testing at Rockingham is scheduled for Wednesday, September 23rd with on-track activities slated from 9:00 AM to 5:00 PM. Media is welcome to attend. Admission is free for grandstand seating for the test session. ARCAracing.com will be featuring live timing and scoring of all the on-track activity.

For more information about the ARCA/REMAX American 200 or the accompanying USARacing Aaron's 150 October 9-11 or to order tickets, please contact the Rockingham Speedway at (910) 205-8800 or visit our website at www.rockinghamspeedway.com. Tickets begin at $20 for single-day reserved seating with $5 back-to-school special pricing for students. Weekend and pit passes are also available.

Nicole Hayden and her team is able to service all your real estate needs. 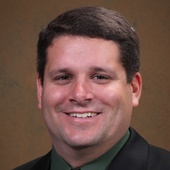