What? Haven’t you heard that the housing slump is over with? You must be seeing the same news reports I am. News reporters expounding that both the new and pending home sales are up. Come on everybody let’s jump in now before it is too late! For the past few months that’s all the news has been reporting; new home sales up over last month, pending sales up over this time last year. I think the news organizations need a realty check and should start reporting the figures as they really are. Although it is human nature to not want to hear bad or discouraging news, sometimes a dose of truth with a little common sense thrown in may help that first time buyer or current home owner decide when to purchase their first home, or move up to a new one.

The fact is that the housing slump is not over with. It won’t be for some time. To put it in perspective what is really going on, let’s take a look at the past few months numbers. Yes, in August pending home sales were up. As a matter of fact they were up 7.4% over July’s numbers. Alright, so far so good! Well, not exactly. Foreclosures in August were up 12% over July’s. As a matter of fact, anyone can go back over the past several months and see that foreclosures and defaults have been increasing each and every month. Every month they have been beating all increases in both new home and pending home sales.

So what do these numbers mean for California real estate? It means in August, 1 in every 224 households have gone into foreclosure or into default. That’s a 48% increase over July’s numbers.  In fact for the 3rd quarter of this year foreclosures have been up 71% over the same period in 2008 nationwide.

The main reason is that several states including California have adopted a new law that slows down the pace at which lenders can foreclose on borrowers. This new law in California requires lenders to send a letter out to home owners that are behind on their monthly payments 30 days prior to issuing a notice of default. Now you might think that forcing lenders to wait 30 days to issue a notice wouldn’t have that much impact on the foreclosure statistics, but this one move by the state has caused foreclosure reporting to drop 51%. Although this may seem on the surface to help the psychology of the real estate market to see numbers like this, in fact it will be a detriment. Case in point is Massachusetts who adopted the same type of law. Once the law ended, Massachusetts saw foreclosure numbers jump 465% in the first month the law expired.

Are the above statistics and numbers disheartening? Well, yes in a way they are. However, as bad as it sounds, all is not lost. There are pockets of hope and a few signs of stabilizing home prices. The most important thing to remember is if you are looking to purchase your first home, or to move up to a bigger home, do your own research. Find out how many homes in the area you are interested in have had homes foreclosed on. Ask your realtor how many short sales have gone on in the neighborhood. Most of all don’t let the hype of the news media push you into something you may regret later when reality sets in. 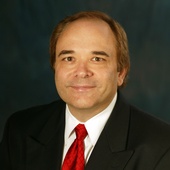