Back in the 1960's, Tarryton Cigarettes had the saying "I'd Rather Fight Than Switch". Personally, I think I would give up my specific brand of cigarettes than take a solid punch in the face. But fighting is what some folks like to do, at least verbally, and this characteristic is often played out during the back and forth volleying of buying or selling a home. Especially when Mr. Buyer or Mr. Seller don't have to face the opposition directly, and are allowed to vent their frustrations through a third party- Their trusty realtor.      In a weakened real estate market, almost all transactions involve some kind of fighting between buyer and seller. Rare are the times that everyone agrees upon value and terms. The seller always believes his home is worth more than it actually is, and buyers always believe that they are overpaying for any given piece of real estate they may be eyeing. Evidently sellers don't watch the evening news, and buyers swallow everything that comes out of a news anchors mouth as gospel. Sure the market is soft in Detroit and St. Louis, and of course Miami and Las Vegas are struggling, but since all real estate is local, the true depth of our economic issues in any given part of the country cannot be summed up by some Gloom and Doom story on the nightly news. To sellers, the effects of the economy on their home value is slight, and to buyers, this downturn is the similar to Chicken Little's forecast that the sky is falling. Somewhere between the two lies the truth. Hence, the initial conflict in getting both parties to agree on value.      The real problem comes when the negotiating for the smaller issue arise. How much of a credit for issues discovered during a home inspection is fair? Since both buyer and seller are now at their breaking point- who is going to be the one to give the nearly nominal concession to allow the transaction to continue? This scenario once played itself out, much to the detriment of one of my sellers. As a veteran real estate agent, trying desperately to bring two parties together, the sticking point after a few weeks of negotiating was a washer and dryer. A used washer and dryer...a Kenmore I believe. The buyers wanted them, and so did the seller. The seller decided that although the cost of moving the appliances out of his basement, and across the country to his new home was going to be borderline worthwhile, it was just the knife he was going to stick into the buyers back. To hell with them, was his motto. Take it or Leave it, I recall him saying.      The buyers took option two, and walked away from the deal. The seller kept the home, along with his used white Kenmore washer and dryer. His life was on hold for just over four months, as we found a new buyer. And this new buyer was smart- he let the seller keep his washer and dryer, and he paid $40,000 less than the first buyers who walked away from the deal four months earlier.      Fighting, for the sake of fighting, is sometimes a costly event. Even if you love your washer and dryer a lot, it is sometimes better to cut your losses and head for the hills, even if it means having to fork over a few dollars for a new washer and dryer. Pinching a dime for a dollar is never a good idea, and usually an awful idea in a softening real estate market.

I continue to be amazed at the amount of "denial" that continues when you show buyers and sellers the actual local data - what the house down the road sold for, etc. One of our greatest challenges is to diffuse the ego-communication and bring it down to business - amazing how much of a challenge it is. 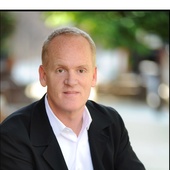 ActiveRain Community over 11 years ago
bookmark_borderbookmark
I can spot a Real Estate junkie from 50 feet...
View more Recent Posts   arrow_forwards