Relocation is an unavoidable part of the military lifestyle. At VAMC, as many as 40% of our borrowers are moving states.

But the diminished housing market of 2009 has made moving even more difficult for scores of military members and their families – falling home prices have forced those who serve our country to sell their homes at a loss.

Help is On the Way

Government officials announced this week that more help is finally on the way for military families facing this financial burden. After months of waiting, the Department of Defense is now processing applications for its expanded Homeowners Assistance Program, an initiative aimed at helping military personnel and others partially cover home sale losses.

For decades, the Homeowners Assistance Program has helped homeowners at base realignment and closure (BRAC) sites where home values decreased because of base closures and consolidation. Earlier this year, Congress injected $555 million to expand the program and help provide financial assistance to service members grappling with the nation’s housing and economic turmoil.

More than 4,000 people have already applied. The expanded HAP would partially reimburse losses from the sale of a primary residence in the following priority order:

1. Homeowners wounded, injured, or ill in the line of duty while deployed since Sept. 11, 2001, and relocating in furtherance of medical treatment;
2. Surviving spouse homeowners relocating within two years after the death of their spouse;
3. Homeowners affected by the 2005 BRAC round, without the need (which existed under previous law) to prove that a base closure announcement caused a local housing market decline; and
4. Service member homeowners receiving orders dated on or after Feb. 1, 2006, through Dec. 31, 2009, for a permanent change of station (PCS) move. The orders must specify a report-no-later-than date on or before Feb. 28, 2010, to a new duty station or home port outside a 50-mile radius of the service member’s former duty station. These dates may be extended to Sept. 30, 2012, based on availability of funds.

Active and former members of the four military branches and the Coast Guard, civilian employees of the DoD and surviving spouses may all be eligible to receive financial assistance through the program.

In general, the Homeowners Assistance Program provides help to military members and other eligible homeowners in four ways. The government can:

1. Reimburse you for part of your loss from selling your home.
2. Assist you, if you don’t have funds from the sale of your home to pay-off your mortgage.
3. Purchase your home by paying off the mortgage.
4. Help if you default on your mortgage.

There are specific eligibility requirements for each priority category. Military members and others interested in learning more about the HAP expansion or applying for the program should visit http://hap.usace.army.mil/. 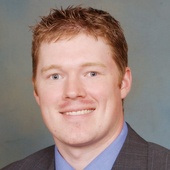