I would first off like to state that I have only been a loan officer for a couple of years, and some might agree it may be some of the worst times for a new loan officer to start.  However, I would be willing to bet that I have run across as many, if not more, unique scenarios than any.  Outside of people not wanting to refinance because their appraisal came in $2k less than they thought (even though they would rid their payment of mortgage insurance and lower the interest rate by ¾%) and a whole slew of others, I can't help but wonder how everything works and how decisions are made sometimes.  We all have our opinions on the cash for clunkers and the subprime mess, mine being along the lines of people getting into payments and situations that will hurt them and the economy in the long run, but I don't know how to get around this one.  Here goes:

First of all, I would like to state that I have been working with this particular person for some time.  I have come in multiple Saturdays to fill out pre-approval letters and have helped this person make 5 offers on homes less than $65k (he wanted a fixer-upper).  We have been alright since we were making FHA offers, but have recently placed an offer on a home that HUD owns and said wouldn't qualify for FHA.  So, not thinking it would be a problem, I switched it to a convention loan and ran through our automated underwriting, Loan Prospector.  His debt-to-income (DTI) is less than 25% and loan-to-value (LTV) less than 95% with plenty of money in the bank and 750 credit scores and I still received a caution (meaning our underwriters won't insure).  Not understanding why because we have a VERY good scenario, I asked our underwriter to run it through Desktop Underwriter (DU) and he received an expanded approval-2 (which is the same as our LP caution).  For some reason it says it is picking up something in the credit loan file.  Now, he has 2 closed trade lines back to 2003, but the only open one was opened in 2007.  I contacted underwriters and FHA reps and the only thing they are saying is he doesn't have sufficient credit ­­history.  However, one thing a HUD rep told me was that I should play around with lowering the LTV because these each value loan is in a particular "risk class."  Ok, I understand, but I still receive a caution all the way to 80% LTV with a conventional loan.  So I started thinking, which sometimes gets me in trouble, about the risk class thing.  In my head I can see how more foreclosures in lower income homes like this one, so I'm already at a loss for explanations and I decide to run it through at $95k with ALL else staying the same and I receive an ACCEPT!  REALLY!!!!   How does that work?  I have the same person with the same money in the bank with the same credit, but raising the DTI and ultimately stretching our borrower beyond where he wants to be and increasing the risk of foreclosure, but it's ok to proceed?  I, of course, only tell our borrower we can't do this home with a conventional loan and he decides to talk with other lenders about qualifying for this home.  The problem with that is that I'm not sure any lender (or underwriters) on the secondary market who sells their loans who can bypass LP and DU findings but he is most likely going to find that out and be too proud to say anything and stay with whomever he talks with next even if he is told the same thing.

Now, I understand the frustrations with borrowers in today's market because my wife and I are new home owners.  But we didn't treat the process like we were walking into store X and buying a DVD player.  Following that, if we thought store X was too pricey and drove over to store Z and noticed it was 1% (or $1) more.  Chances are, we are just going to buy from store Z because it's not worth the drive back.  The next problem is that I can honestly say that I genuinely care about my clients and will go well out of my way to help them and I will spend hours with them for a loan that I won't make much money on at all and then they don't appreciate that.  I can see how certain feelings about spending time on certain situations would generate over time.

Final thought (or question for thought):  Can we treat all equally?  If we do, what do we get? 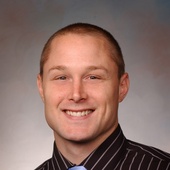