As many of you know my youngest son plays the coolest game on earth. He plays for a local ice hockey organization called the Houston Wild. This team is made up of 10 year old kids from across the Houston metro area.

They mainly travel up to Dallas and take on very stiff competition as Dallas has about 5,000 kids age 8-18 playing hockey where as Houston has about 500 in the same age range.  At the Dallas Labor Day Tournament this team came in 2nd out of 15 teams in there bracket and was just invited to a very prestigious tournament over Presidents Day, in Colorado Springs,Co. because of how they are doing. The tournament is invitation only and will have about 20 teams from across the United States in attendance.

The team had already scheduled a golf tournament for November 22, 2009 and several of you have responded with much help and we thank you.

We still have plenty of room for those who want to put together a team or maybe do some sort of sponsorship. With an invitation from a tournament of this magnitude fund-raising work becomes even more important.

Not only are we doing a golf tournament, we have also started a turn in your electronics program, so if you have some unwanted electronics laying around go to: http://hockey_tech.gazelle.com

Sounds like the kids have a lot of fun.  Hope they have a good tourney. 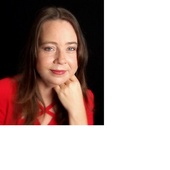