Our subject is a 4,150 square foot custom home in a private gated country club with three distinct neighborhoods. Our estimate of value was between $650K and $700K. Three of the comps were less than 2,800 square feet and in a different part of the neighborhood, where homes sell for $350K and less. There was one sale that did have similar size and in the vicinity of the subject, however it sold for over $150,000 below our estimate of market value. Since it was the only sale in the subject’s immediate vicinity and was most similar in size, it carried the most weight. One of the listings on the report was a 4,200 square foot house on a double lot listed for $1.5 Million. Why was that one house so much cheaper? That’s a question a good appraisers and mortgage brokers ask.

I contacted the realtor that sold the bargain property and he disclosed to me the home was a bank-owned builder spec house, and the builder stripped the house of it's contents - cabinets, doors, A/C, plumbing, fixtures – pool pumps, granite countertops, EVERYTHING! The condition of the home was so poor that the buyer was forced to use the REO bank for 70% LTV financing since his own bank would not give him a loan on the home in that condition.

I pulled the MLS listing and there was no mention of this vandalism, or anything regarding the financing issue. I asked the Realtor to speak with the appraiser and tell him what happened to the property when the appraiser calls him in response to my upcoming dispute of value

My foray through the formal dispute process was cumbersome and fruitless. In order to be prepared, I started by doing some other research – I referred to another appraiser I know regarding size adjustments, I notated the issues regarding the vandalism and REO bank financing, I provided the realtor's contact information. I made a case that the smaller homes used as comps are really not valid comparables, as not a single home in the “neighborhood” where the comps were had a home over 3,000 square feet. I commented “Any buyer interested in our subject would not consider the comps ‘viable alternatives’ as they’re considerably smaller in size and in an inferior section of the community to our subject.”

I completed the dispute form and it was rejected because I had violated the HVCC rule that disallows any “undue influence” on the appraiser. I was not allowed to state my opinion, nor was I able to dispute the figures the appraiser used for size adjustments, nor was I able to provide another licensed appraiser’s comments. I had to remove all of my comments other than the REO sale comments and the realtor’s contact information. The dispute form I spent several hours researching and preparing was now transformed into something that looked like one of those unclassified CIA memos where everything but a few words were blacked out.

I then called the appraiser (against the rules) and asked him if he was aware that the comp he used was a vandalized bank-owned REO. He replied that he was not aware of that at all. I asked him what he received regarding my dispute request. He said that all the AMC had done was contact him and inform him to re-affirm his value, with no other details other than to contact the realtor. All of my work was wasted and the appraiser had no idea why I disputed the value.

So, when he got the dispute, he reviewed the MLS listing and decided that he would stand by his report. After we spoke, he agreed with me, adjusted his appraisal, and forwarded the report to the AMC.

THIS IS WHAT WE ARE DEALING WITH. Common sense is out the window.
AGGGGGHHHH!!!!!! God help me!!!!! 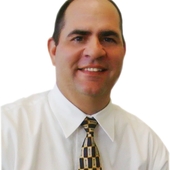