Bunker mentality:  First in a series of articles on traps to avoid when you look for a golf community home.

Consider all those folks who went in search of a golf community home in resorts developed by Bobby Ginn.  Mr. Ginn loaded up his early golf communities in Florida with lush amenities, including clubhouses that cost tens of millions of dollars and golf courses so well-conditioned and challenging that the dynamic developer was able to attract golf tournaments from each of the major professional tours (men’s, women’s and seniors).  All the pizzazz had home buyers and investors alike plunking down more than $1 million for a piece of property –- without the house on it.

As we know, the Ginn vision turned into vaporware, his empire is in shambles and he is being sued by hundreds of his former acolytes.  So what lesson can someone looking to buy a golf community home learn from the saga of Bobby Ginn?

The first lesson is that the money you save on a piece of property in a golf community with only the promise of amenities is not worth the risk.  The golf course in a golf community typically goes in first, even before many of the adjacent properties are sold.  That’s a good thing, especially for those who plan to join the club.  But if the clubhouse is not yet built, and neither are other amenities like the pool, fitness centers and tennis courts, you could wind up playing golf by yourself.

Back in the flush days of real estate, everyone could make money, even a relatively small investor, through the perfectly legal approach of “pyramiding.”  In its simplest form, pyramiding meant you could buy a home that was appreciating, borrow money against it using the equity it had built up, and keep repeating the process over and over to buy more and more properties.  This process is the root of the term “pyramid scheme,” but without the notion of purposely bilking investors, a la Bernie Madoff.

Developers like Bobby Ginn used the same approach as did the casual real estate investor.  It is perfectly legal and, if the housing market had continued in a straight line up, it would have been pretty smart business.  It is the way mega developers like Ginn and Jim Anthony of The Cliffs Communities in the Carolina mountains were able to build a string of lush golf communities.  The banks, seeing all those $1 million buyers rushing to purchase, are in the business of lending, so why not prime the pump?

Of course, we all know what happened.  The financial services system nearly collapsed, the banks called in their loans (in the case of Ginn, about $660 million worth from Credit Suisse), developers like Ginn had to sell their properties for pennies on the dollar, and many buyers were left with near worthless properties because the promised amenities were never built.

Now that prices have softened, there is that temptation, for many, to pick up a property or golf community home really, really cheap.  After all, the golf course is built and it has some members; the clubhouse and other promised amenities are sure to follow in the next year or two.  Maybe, but the caution here is to make sure that cheap golf community home comes complete with all promised amenities, lest your castle turn into a white elephant.

You will find these and more such insights at www.GolfCommunityReviews.com.<!--EndFragment--> 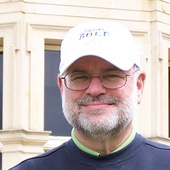