September proved to show a long anticipated increase in real estate activity in Northwest Michigan. Buyer activity has been trending upward after a lackluster summer season, and we're driving into the fall with a lot of offers being written and properties being put under contract.

The number of residential sales for September we up 31% over 2008- actually they were the best they've been in the past 4 years. This has been driven by the downward adjustment in sale prices. Buyers flocked to those listings where the prices had dropped in concert with the regional market trend. Median price as compared to the prior year was down about 11%, which is on par with year to date figures as well.

Value leaders have been in the low and middle ranges- you'll see in the chart below a sharp increase in the number of sales under $40,000 (WHAT! A house in NW Michigan for under $40,000? Yep.) That trend is reflected up into the midrange, with gains up through the $180,000 range.

Where we've fallen off is at the higher end, made up primarily of waterfront/vacation homes. Many of these sellers are either insulated from the economic pressures of our current economy, or have just not come to terms with the effect that the overall market has had on their values. While waterfront properties have suffered much less exposure to price erosion, the lack of transactions indicate that the buyer population is waiting for adjustment to take action. There are some exclusive enclaves (such as Crystal Downs on Lake Michigan) where little if any depreciation is occurring, but what we've seen on other lakes is that only those properties that have made adjustment are selling.

We continue to have some very good values, but the best deals get picked off very quickly, and as inventory continues to tighten, we'll see increased competition for these listings. Multiple offers are already common, and by all indication this trend will continue. 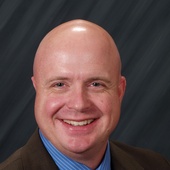 Real Estate Best Practices about 11 years ago
bookmark_borderbookmark
But what would I talk about?
View more Recent Posts   arrow_forwards