The Senate voted 35-1 to reauthorize the use of $30 million in credits not awarded during the first program. That should allow the state to give tax credits to about 4,300 more buyers of new unoccupied homes, many of which are in inland areas of California including the Central Valley. Eligible buyers would get a maximum of $3,333 in credits for each of the next three years.

Senate Bill X3 37 goes now to the Assembly, which is expected to consider it next week. It must pass that legislative body and be signed by Gov. Arnold Schwarzenegger to become law. But the Assembly approved an earlier version of the bill by wide margins and the governor has said he favors the buyer tax credit as a stimulus to the economy.

"This tax credit worked so well that in just four months it was gone," said Sen. Ray Ashburn, R-Bakersfield, author of SB X3 37. "This is a good program that assisted people in buying homes and sharing in the American dream."

More than 10,600 buyers of new homes were approved for the tax credit before the state Franchise Tax Board stopped taking applications July 2. Many buyers combined it with a federal $8,000 tax credit for first-time homebuyers to claim up to $18,000.

Since July, the FTB has determined that the average state credit will be $7,000, not the full $10,000. That freed up another potential $30 million in credits. According to the bill, buyers who close escrow after the credit is reauthorized will be eligible; but not those who closed escrow on new homes between July 2 and the date the bill goes into effect.

Reaction in the building industry Wednesday was swift.

"We're very pleased," said Allison Barnett, legislative advocate for the California Building Industry Association, a builder trade group that sponsored the bill. "The credit has been effective in creating jobs, getting people back to work and getting people back in the sales offices, which is essential for recovery in California."

Builders contend the tax credit has helped them trim excess inventory, selling thousands of finished, but unsold, homes. Critics, including some economists, have argued the tax credit does little to stimulate the larger economy. And others question subsidizing new-home sales when there is a massive glut of existing homes for sale in California.

Brad Diede, executive vice president of the California Association of Specialty Contractors, said his group lobbied lawmakers statewide to extend the credit. Said Diede, "What we saw was employers putting people back to work after they had to lay them off. It's stimulating the economy all the way around."

The FTB said Sacramento, Roseville and Fresno were among top cities where residents received tax credits.

An earlier version of the bill, carried most of this year by Assemblywoman Anna Caballero, D-Salinas, failed to pass before a September legislative deadline. Many thought the bill was dead. But it was folded Wednesday into Ashburn's SB X3 37 as part of a special session on water policies.

Ashburn carried the original bill last February to allocate $100 million for buyer tax credits. That was passed to win key Republican votes for plans to close a then-$42 billion state budget deficit. 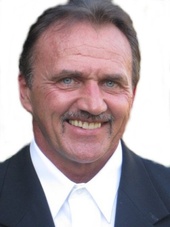