From the early 2000's to about 2007, house prices increased at a faster rate than the historical norm. The primary reason for this was the huge increase in buyers that was made possible by extremely loose lending standards/products that were initiated during that time. This created a demand in many areas that outpaced the supply. The problem with this increase in house prices is that it was artificially created by allowing certain people to purchase a house that could not afford it in the long run. The correlation of wages to house prices became out of whack. With a large percentage of the buyer pool now gone because of changes in lending standards/products and the resetting of mortgage rates for many people, the demand for house purchases is now far less than the supply in many areas.
The current housing debacle will not be resolved unless and until demand and supply are roughly equal or until there is slightly more demand than supply. It will take time to get there. Wages and house prices must come into line for this to happen. Unemployment levels will have to come down to pre 2007 levels. The reality exists that house prices will come down much faster than wages will increase.
For those people who think "normal" house prices were what they were back in 2007 they are wrong as these were artificial prices. In the end, the last time we had true normal prices was in the early 2000's or late 1990's. This is reality. Any attempt by the government to short circuit a required correction will only have temporary political benefits that will delay a complete and true correction.

Thank you for sharing an informative and interesting article. The home prices need to decrease in some areas of the country, to help buyers to qualify for mortgages.

George, I have always called it "impulse pricing" which creates a falsehood for value.

John, thanks for your response.  It actually was not an article that I was sharing, but rather my take on the house price situation.

Barb, I agree.  Many sellers either don't understand or won't accept that many houses bought from the early 2000's to about 2007 were bought at artificially inflated prices.  We as an industry and as individuals are paying the price for that now.

The demand for mortgage backed securities around the world drove the price of everything up.  But Wall st. screwed those people and they are not coming back.

We are stuck with the remains of a false "High Tide".  I think we have 15-20% inflated home prices AND 15% too much everything. That includes dept. stores, Hoem Depots, coffee shops and Oh yes, realtors.

Jim, there is no question that Wall St. is part of the 'perfect storm' that caused the current real estate debacle that we are in.  The other two major components of this 'perfect storm' is our own federal government as well as lenders.  When the federal government demands and requires an increase in sub-prime lending so that more people can "afford" houses(even when they can't), and many lenders created loan products that would 'qualify' people who couldn't qualify otherwise(in order to meet the subprime demand of the government), and Wall St. plays fast and loose with the rules, we have nothing less than the perfect storm.  There is plenty of blame to pass around. 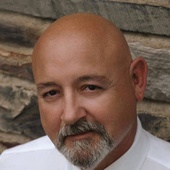