I am sending out this important Press Release I found to help educated you or anyone who lives in areas that were potentially affected by Chinese Drywall Problems.

Slingerlands, New York - October 15, 2009 - Sabre Technical Services announced today the roll-out of its chlorine dioxide-based solution to the problems experienced by U.S. homeowners and builders whose homes are impacted by contaminated Chinese drywall. Sabre's solution is an adaptation of its patented chlorine dioxide decontamination process to deal specifically with individual residences and smaller buildings.

Sabre has a long history of safe and effective applications of chlorine dioxide in a wide variety of industries, including water treatment, food processing and oil and gas. That expertise and technology has now been applied to the problems related to contaminated drywall, providing a permanent solution.

Since 2001, Sabre's patented chlorine dioxide technology has been internationally recognized for its effectiveness in eliminating contamination from buildings. Sabre successfully used its process to eliminate anthrax contamination from the Hart Senate Office Building, two Post Office Distribution Centers and several other buildings. In 2005, the National Academy of Sciences determined chlorine dioxide, as applied using Sabre's proprietary process, to be "the standard for the decontamination of buildings."

Sabre has successfully treated hundreds of large structures for pervasive mold, pathogens, viruses and other sources of contamination, providing permanent solutions to the critical problems facing these structures. They have included an 8 million cubic foot pharmaceutical manufacturing facility, a 1760-room, 400,000 square foot hospital in southern California (which was repopulated with patients and staff in less than a week-just three days after Sabre completed the treatment), and a number of shopping centers, office buildings, restaurants, churches, condominiums and individual homes.

Chlorine Dioxide as a Solution to Problem Drywall

In recent months, Sabre has worked to adapt its chlorine dioxide decontamination process to an emerging problem in the southeastern U.S. - contaminated drywall. In certain homes and structures, particularly those exposed to temperature and relative humidity conditions common to the Southeast, this drywall has been identified as the source of problematic gases which give off a characteristic "rotten egg" smell and cause a blackening and corrosion of copper. A recent study funded by the Florida Department of Health determined that the contaminated drywall is releasing a variety of reduced sulfur gases, including hydrogen sulfide, carbonyl sulfide and carbon disulfide.

Chlorine dioxide permanently solves this problem because it is a highly penetrating gas that seeps into building materials and wall cavities, reacting instantaneously with reduced sulfur compounds converting them to safe, inert compounds, eliminating odors and stopping corrosion. Sabre recognized that its proprietary chlorine dioxide treatment process, which has been perfected through the successful decontamination of hundreds of structures, could be used as a permanent solution to drywall challenges. Accordingly, Sabre has adapted its equipment to specifically address individual residences and smaller buildings.

This process is effective and efficient. It provides a permanent solution to problem drywall and allows residents to reoccupy their homes in less than one week, from start to finish. The Sabre chlorine dioxide treatment process is safe, permanent, costs less than the alternative "rip and rebuild" process, and takes significantly less time.

Chlorine dioxide has been safely used in a variety of industries for decades as a powerful selective oxidant and an EPA-registered broad-spectrum microbiocide. It is used in hundreds of municipal water treatment facilities in the U.S. for controlling bacteria and odors, including odors from reduced sulfur compounds. It is used in food processing for odor control and as a food contact microbiocide that has organic food status (e.g. baby carrots are rinsed in it to control bacterial growth, and chickens are rinsed in it to eliminate salmonella and other pathogens).

About The Sabre Companies LLC

The Sabre Companies are technology and services companies specializing in solving problems and developing solutions related to biological and chemical contamination and pollution. The Companies' numerous patents on chlorine dioxide generation and process applications allow them to provide unique solutions to many industries. For additional information, please visit www.thesabrecompanies.com.

Good information.  Will the insurance companies accept this process though?  What are the dangers if the house catches on fire, will this product still hold or will the gases emit?

Great question Barb. I'm sure your questions can be answered by contacting the Sabre Company directly at the link provided. Of course, we all know that dealing with the insurance companies can be quit difficult at times. Perhaps there are case studies available to back up their claims.

I am curious abotu this method.  Based on new information released by the government, the levels of bacteria in the Chinese drywall is not higher than domestic drywall.  Sabre's system relies on the assumption that this bacteria is causing the problem, and I am not sure that is the case.  It seems to have deteriorated into a he-said/she-said sitiuation. 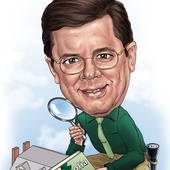