Recently I inspected a home that was built in 1973 in Fort Bend County. A beautiful home but a lot of neglect and some disrepair. Apparently the original homeowners lived there and after their death, it was placed for sale and a couple who is now getting a divorce. They had lived in the home for about 2 years, maybe three. But the people who baught the land and house did not take good care of the property and finally decided to sell.

I noted that a few things had been severly neglected as I was driving up to the home. First was the overgrown trees on three sides of the house. Trees that extend over a homes roof can also exend under a foundation. The most likely scenerio is that the canopy above fairly well dictatesthe size and extensions of the root system. My recommendation was to pull out these trees and plant new one a minimum of 20 feet from the slab foundation.

My next big task was to go around the house and look at the visible foundation, the walls, windows and exterior perimeter. I did note that along the front brick veneer there was some deflections most likely caused by the tree roots. All of these tree roots are considered planted to close to the foundation, according to the recommendations of the Internatioal Code Council. There were other problems with this house, and after thirty plus years one can notice the amount of suttle but ever growing damage mother nature and the growth of trees can do.

Once entering the house, I noted that the front wooden door had been shaved (or planed to be able to open and close) I was not certain when this was done but it certainly was done within the last year. Even after the door had been planed, it was stillrubbing agaist the door jamb. This can indicate many things, but most likely the foundation has movement, the planing was not properly done and the hindge side was not planed, (which is the proper side to plane when a wooden door expands)

Other problems that were observed are that, one the well water filtering system was dirty, I could not find the top of the well (although after talking to the listing realtor, the well head was burried under a few feet of dirt (not very good maintanance and accessiblity to the well). This house may need a new well, and after taking some water samples, I should know within a week or so. The unfortunate thing is that the couple who have been living in this house had a lot of debris along the exterior, a lot of overgrowth vegetation and other factors that did not allow me to properly inspect the old septic system. I was unable to find the "clean out hub" which are usually next to the house and go directly towards the septic tank.

Again, after talking to the listing Realtor, she told me what the present owners said the septic tanks (note plural) were. After looking and probing I thought that the area where the listing agent told me was wrong and proceeded to do a normal inspection. After turning on the dishwasher, washing machine and filling the a tub and sink and then letting the water flow towards the septic tank, I could certainly smell te effluent that I had disturbed.... Using my excellent sniffing abilities, I went towards the right sie of the house, rather than the rear of the house which is where I was told the tanks and leaching feilds were.  To make a long and complicated story short, the records for the septic tank and leaching fields must be on file and I would have to go to county govering  office to further investigate the situation that I ad encountered with this older but highly neglected home.

Other minor problems ocurr with this home, but it is livable. With a little bit of TLC and a lot of elbow grease, quite a bit of perspiration, this home can become a gorgeous southern country estate.

There will be some dollars that will absolutely have to be spent, but after all the dollars that need to go into the house, the house and property are what the Real Estate Community consider "PRIME Location". Good luck to the future owners. 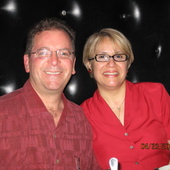