Some parts of Mount Pearl, Newfoundland were underwater after a another major rainfall this past weekend.  According to Environment Canada, the city had been deluged with 52 millimetres of rain over an eleven hour period.

To add insult to injury, it had also been hit by high winds with gusts of up to 120 Kilometres per hour.  Needless to say, there were a few folks worried about flooding and leaks this past Friday night.

According to a report in The Telegram today, a 90-year-old lady had to be lifted from her Mount Pearl home on Saturday morning after heavy rains caused Forest Avenue properties to flood.

One male resident suggested that at its peak, the Waterford River rose about two metres overflowing its banks.  He said he'd been living in the area for 27 years and had never seen flooding this bad.

There are 500 houses going up not far from where the flooding occurred.  Some think that such a large development as this will not help matters.  They complain that development has contributed to the flooding.

However, development in the area is unlikely the real cause for the calamity according to the Mt. Pearl Mayor, Mr. Randy Simms.  He said, "Any developments that have been done in Mount Pearl for the last several years all have water detention ponds attached to those developments,"

"This is a natural flood occurrence as a result of the significant amount of water we've had" he said.

It is interesting to me that for most of the preceding summer, all of St. John's and Mount Pearl residents was bound by a local water ban that prevented them from using city water to wash their cars and houses or to water their lawns. It is quite remarkable that in just a few short weeks the ban has been lifted and many ponds and rivers are overflowing their banks as a result of the significant amount of rain fallen in the past month.

It does cause you wonder if the ban was really necessary.  However, counting on our Fall to be as rainy as it has would probably not have made a great water management strategy.  This is likely going to be one for the record books.

Photo by R. Greg Osmond.  Copyright protected and may be used upon request.

Groups:
Around The Water Cooler
Diary of a Realtor
The Lounge at Active Rain

We have water bans here on many occasions. Sometimes I scratch my head as to why when we have had a ton of rain.

Bill,  We usually don't have water bans but these last few years, the water supply has been really strained by the added demand of hundereds of new homes drawing from the system.  But, this Fall, the lakes are full again. 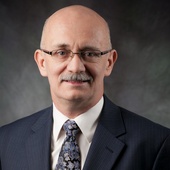