I wrote an opinion piece a little while back about changes that have been made to the SBA recently. They've been helpful, but not enough to have the major positive impact that small and mid-sized businesses need so badly. The Orlando Sentinel picked it up and published it on their website last week. If it seems a little dated, it's because I wrote it back in August and it's just now getting some attention.

Later today, President Obama will address the lack of credit that's affecting lots of business owners these days. I'm interested to hear what he has to say, and you can be sure I'll post my thoughts and opinions about it here for all to see . . . so be sure to check back. Whether you agree with me on every issue or not, you can always trust me to say what I think without tip-toeing around anything.

Here's the article from the Orlando Sentinel's website. Let me know what you think by leaving me a comment when you've finished reading it.

The recent focus on changes for the Small Business Administration with its new America's Recovery Capital loan program has effectively appeased many Washington watchers, convincing them that the concerns of small businesses are being addressed with this long-anticipated program.

Yet the reality outside of the capital is very different, as most observers believe the program will leave thousands of qualifying businesses disappointed and disillusioned after being turned away due to the lack of funds and bank participation. Unfortunately, for these and the rest of America's small businesses, which employ nearly 70 million people and create 80 percent of the new jobs in the country, meaningful changes for the SBA that could truly make a positive impact have not yet been implemented.

The ARC loan program's overall impact will be fairly minimal, as it will be limited to 5,000 to 10,000 loans and the maximum $35,000 amount means little to businesses that require more significant help. Given the anticipated nearly 60 percent default rate, the program could easily turn into a federal bailout for small businesses, which would cause significant harm to the SBA's image and reputation.

Revamping existing SBA loan programs and underwriting practices lacks the sizzle and political appeal of creating and launching a new loan program, but simple changes to the existing loan programs would have a much more significant impact for businesses and the economy as a whole. On June 24, the SBA announced just such a change when it revamped its "504" loan program, which is reserved for the purchase of commercial property and equipment, to allow it to be used to refinance existing debt if the new loan is to fund an expansion.

However, the new measure does not go far enough to help as many businesses as it possibly could, and it appears to be so restrictive that it will only help a very small number of businesses in the current economic climate. Because the refinancing must be tied to business expansions, which are relatively rare in the midst of this recession, most SBA lenders expect demand to be weak.

The SBA and its lenders must accept the reality that most businesses are seeing downward trends this year, including most of the banks that are underwriting the loans. The agency's job creation and expansion requirements are too stringent in the current economy. So now is the time to temporarily suspend them in favor of more general requirements so that funds can be used for legitimate business purposes, including efforts such as marketing and advertising campaigns.

Cash-out refinancings that are not necessarily tied to expansion projects are just the capital jolt that many small businesses need right now. By allowing less-restrictive refinancing into inexpensive SBA loans, the government would provide business owners with the means to secure funds to pay their debts, buy equipment, launch marketing initiatives, add jobs and further grow their businesses.

As an added benefit, SBA-backed cash-out refinancings can help struggling banks reduce their asset size by moving some commercial loans off their books, which would improve their capital ratios.

The adage that desperate times call for desperate measures holds true in this case, and the SBA's responses so far to the current situation, with its ARC loan program and 504 refinance option, are grossly inadequate. The agency needs to embrace some changes that may not be as politically appealing and headline-grabbing as launching a loan program or waiving loan fees (normally financed into SBA loans).

It needs to temporarily suspend and modify its current rules and lending restrictions for its largest loan programs, which would open the door to affordable capital to the small businesses that economists predict will lead the recovery.

Any thoughts or comments? Let me know what you think at wwww.504Blog.com, and please share this so others can chime in, too!

For more information go to www.TheSmartChoiceLoan.com.

I expect only marginal assistance for small business coming from the new SBA rules. The current administration has yet to offer meaningful help for "Main St." 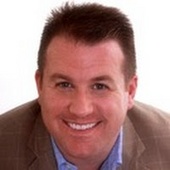