With a deed in lieu of foreclosure, you give your house to the bank instead of going through the complete foreclosure process. This may seem like an easy way out, but it often isn't as easy as it sounds.

First, let's look at the primary advantage for the homeowner. If the bank agrees to accept the deed in lieu of foreclosure and agrees in writing not to pursue a deficiency judgment or put a foreclosure on your credit report, this could be a way to get out of the house and out from under the mortgage without the bank foreclosing.

However, there are a few things that you would need to consider:

A deed in lieu of foreclosure is most beneficial for the lender in states where the foreclosure process is very long (usually in judicial foreclosure states where the lender is required to file a lawsuit against the borrower in order to foreclose). When foreclosure is a very long and expensive process for the lender, they would benefit by getting the property back several months earlier than they would have by foreclosing, and most likely in better condition (especially if the house is vacant). This would typically save them thousands of dollars in legal and administrative fees, and allow them to sell the property as a bank-owned property to get it off their books sooner.

Washington State is a non-judicial foreclosure state, and the foreclosure process only takes a few months.  The foreclosure auction, or trustee sale, can be scheduled for roughly six months after the date of default, so the lender doesn’t have as much to gain from a deed in lieu of foreclosure. Also, lenders typically lose more money by taking a house back and selling it as a bank-owned property than they would from a short sale, which is one reason why they will usually require that you attempt a short sale first.

In some cases, the deed in lieu of foreclosure is a viable option. However, by knowing all of your options, you'll be able to make an informed decision and know whether this option is best for you.

Copyright (c) 2009 by David Monroe (Home4Investment Team at Keller Williams Seattle Metro West).
Deed In Lieu Of Foreclosure - Is It A Viable Alternative?

Evening David,  This is a very well thought out and presented review of this option.  Not sure why more distressed sellers don't know about it.

Hi David, This is an informative post. Not always the best option that is for sure. I hope this is helpful for your clients that have asked. I think they may just decide to let the foreclosure happen or try to short sell.

Hi David, Thanks for outlining this process. I've never been involved in one, only brief discussions occasionally, but this will be handy in the future. Thanks for taking the time to post it.

Your article was a big help David,

Deed in Lieu seemed like a good choice until we got to the owner-occupied requirement.

We will stick with the short sale on my Urban Farm listing.  Thank you.

Great explanation of the requirements.  Forwarded this to a client today.

Like
Anonymous
Kevin
We did a DIL in CA and it was both good and bad for us. Better for our credit score as we didn't have all the missed payments until foreclosure, HOWEVER, it still shows on your credit report as a MAJOR DEROG and effected our current credit cards and revolving accounts. Open credit was reduced to within a few dollars of our current balances lowering our credit lines in turn effected our debt ratio and created other issues with our credit. The biggest benefit to us was that we lived in CA and it is a single action state. We were allowed to walk away with no fees and/or tax liabilities. Instead of having to wait for 7-10 years, we were told to wait for 3-4 yrs to apply for another home loan. We just recently hit the three year mark and applied for another home loan. We were pre approved for a reasonable amount and are out looking for another home. Not sure what will happen during tighter scrutiny of our finances, but DIL shows as NO MISSED PAYMENTS and a ZERO balance being owed.
Like
#6
Charles Stallions
Charles Stallions Real Estate Services - Pensacola, FL
850-476-4494 - Pensacola, Pace or Gulf Breeze, Fl.

Although I perfer working with the banks and do short sales this is a better alternative then foreclosure.

Looks like you covered a lot of questions a distressed seller might have. Great explanation and I would love to re-blog it.

Like
Anonymous
Tawna
We have been working with our mortgage company for 2 week shy of a year for a modification. All of a sudden DIL is being discussed. when we have done everything and more to try to et this to go through. We are 1 month behind. we were 3 but we had been able to make up 2 after robbery. We've also had 4 officers. Was that by design just to keep us off balance? Knowing that Washington takes longer to vacate a house?
Like
#9
David Monroe
Keller Williams Realty - Kirkland, WA
Short Sale Real Estate Agent

Tawna, your experience is pretty much par for the course on loan modifications.  Because you're only one month behind on your mortgage and continue to make payments, your mortgage company doesn't have much incentive to move things forward any faster.  They're likely to just keep collecting payments from you and keep delaying the loan modification process, because that makes them more money.

There may be other reasons for the delays as well, but just remember that the bank's goal is to either make more money or lose less money.  They're not there to help you.  The government essentially had to force banks to offer foreclosure alternatives.

We tried to short sale and our bank would not let us. We are trying for the DIL route but I don't have high hopes. I feel the bank wants to foreclose which I don't get. At the beginning the house was move in ready but not so now due to banks stupidity. I just don't understand why after all we tried for two years they are doing this. 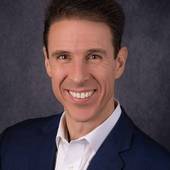