It looks like things are heating up as we start to close out round 1 of the $8000 tax credit. Round 2 is up in the air because the Obama administration could come in with a solid knockout as November 30 draws to a close.

My recap reminds of the song my kid would listen to with all friends "Who let the dogs out?" Let's Recap. Be sure to bark between each one.

So as thing plays out and the politicians jockey for position, Grab the bottomless bag of popcorn with EXTRA butter and a Dr. Pepper and Enjoy. Watchout for a possible knockout punch from the President to send them all scattering.

There are alot of changes coming up Greg.  Between the unemployment, additional foreclosures, possible expiration of the tax credit, Alt A financing recasts, and the barking dogs! 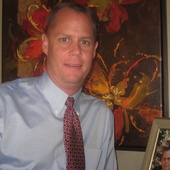