In keeping with the title of "The Lazy Agent Series" , I found this example that at first blush may not appear too terrible, until you notice (among other things) the date imprinted by the camera on the photo and then check the MLS info only to find that the house was built several years after that date.

I know this series is probably being read much more by ActiveRain members than sellers, but I think it's important that sellers realize how important the marketing of their home is, how it is possible that it can affect their bottom line and that they should be comfortable with what an agent's marketing plan includes (or doesn't include) before they hire them.  Perhaps they should even insist that the marketing plan and its timeline be part of the listing agreement - before they sign on the dotted line and put the sale of what is likely their biggest investment in the hands of just any agent, relatives and friends included.

Anyone got a spare set of sunglasses? You must sign in or register to leave a comment
Login Register
Show All Comments
Rainmaker
224,127
Laurie Mindnich
Centennial, CO
I wonder if their camera was ruined when the sprinkler system came on.  Or, is the sprinkler turned on to put out the bonfire on the left?  Is that a huge spider on the bottom right?  Keep 'em coming!
Jun 22, 2007 09:00 AM
LIKE
#6
Rainer
103,150
Angie Vandenbergh
Crye-Leike, Realtors - Memphis, TN
A Crye-Leike Blogger
was this an actual photo you found in mls? If so I am just dumbfounded that anyone would really use a picture that said 1972 - let alone the obvious sun stream problem.
Jun 22, 2007 09:28 AM
LIKE
#7
Rainer
270,806
Teresa Boardman
Boardman Realty - Saint Paul, MN
I think the date on the photo is a nice touch.  I find pictures like that all the time.
Jun 22, 2007 09:47 AM
LIKE
#8
Rainer
133,324
Boomer Jack Boardman & Carl McIntyre, the Codgers
Noted Curmudgeons - Saint Paul, MN

Leanne: With or without the date imprint, it is a very poor picture. 10

This picture is pretty darn awful - probably even worse than "no photo".  You could use these in your listing presentation to show how you provide a level of service others do not.

Rita - I have done just what you suggest many times - especially with an expired - I show the seller the old data sheet usually with no pictures or with a bunch of "10's." I love photos, use visual tours and color - so do most sellers!

As they say, pictures really are worth a thousand words! <G>

I'm curious to know who had a digital camera in 1972...notice the date on the lower left corner.

I'm crossed between Lazy Agent #1 & #2...they are both pretty bad.  I think I'll give the worst to #1, just because you can tell #2 was a picture of the computer screen, further making the picture bad.  But, they're both terrible.

I'm in the virtual tour business, and have seen some terrible shots.  So, it's harder to surprise me at this point.

Love the date on the bottom!

Sad to say this is not the worst picture I have seen.

Kimberly - I'm glad you're enjoying the series! Even though the photo was likely taken in the last few years, it does look much older, doesn't it?

kk - amazing how that sun looks scorching, huh? (even though the date on it is Jan. 28th when it's probably coolest in South Florida)

Krisy - I wish more sellers would check how their home is marketed.

Angie - Yes, any & all photos in my series are photos I've come across in the MLS.

Teresa - I'm not a fan of the 'date stamp' feature myself.

Silvia - I have no idea what year the 'date stamp' feature was introduced but I've personally seen them as far back as the late 70's/early 80's.

Craig & Amber - nuclear bomb... yeah, I guess it does look that way!

Bonnie - I've found that 10:30-2:00 seems to be when you're least likely to get shadows that make the photo look bad.

Rita - I already do and others should consider doing the same.  Perhaps we'll start seeing an improvement in the quality of photos in the MLS.

Debbie - some sellers are 'visual' and appreciate the examples.

Dawn - yeah, nothing like a dirty kitchen to turn people off.

Cameron - I'm not altogether sure it was taken with a digital camera.  It may have been a regular photo that was scanned.  No doubt you've seen many bad shots!

Cait - the sun in this one is a bit overpowering, though... it almost hurts to look at it in the photo and I have no idea what that black round thing is in the top right corner.

Robert - pictures... lack of them & quality of them can make a HUGE difference in the number of buyers that will want to make an appointment to see a property.

Tony - the angle makes all the difference when taking a photo when the sun is rather low.  It probably would've looked quite different had it been taken at a different angle.

In case any of you are interested and have missed others in "The Lazy Agent Series", here's a link.

I also started a new (2nd) series titled "As Seen on the MLS" for photos that don't quite fit that title but are educational & interesting in their own way.

Jun 28, 2007 07:07 AM
LIKE
#25
You must sign in or register to leave a comment
Login Register
Show All Comments
Older Post Newer Post
Back to Top
Generate More Leads from this Listing
With a Trulia Pro Account
Learn More
Find what you need?
See More Blog PostsAbout Real Estate! SEE MORE NOW!
Rainer
509,170 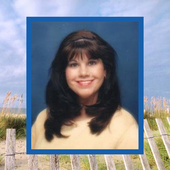