Is it the Insurance or the Health Care?

I am very lucky. I have great insurance thru my wife's job. When I broke my arm there was no issue as to getting it fixed. If I get a cold I just go and get a prescription for the antibiotics and whatever else the Doctor orders for the cure and pay both doctor and pharmacist my co-pay. As a matter of fact, it is such a great policy I've gotten my son care when where his friends got none. If I had to have paid for the services I could not have done so without a good credit card and making payments over time.

I am always floored by the cost of health care whenever I see one of the bills that was sent to the insurance carrier and was denied payment. I get a copy and both the doctor and the insurance company expect me to straighten it out. Sometimes the doctor wants me to pay it in full. Maybe you have insurance and agree with me about costs? Maybe you have seen the original bill for the care you received with all the charges assigned by the coded procedure with a special number?  But, did you ever notice the adjustment in price for the insurance carrier? The bill is almost cut in half for all the charges. I sometimes think that if we were all just charged the amount the insurance company pays out, then we could all afford the health care.

Anyway, today I am more concerned about the care we get than the insurance we have to pay for it. Take my injury of a broken arm. I waited for the ambulance to transport me to the emergency room. The driver and EMT were very nice as they filled out their paperwork before allowing me to get into the ambulance. You know, insurance, or, how was I going to pay for the ride. Well, they never really secured the arm and after a few bumps in the road - it was a compound fracture. That would be the bone sticking out of the skin with blood leaking down.

O.K., life is hard sometimes. But, the x-ray technician had a heart of stone that day. She was as unfeeling has the lead vest she never gave me to wear. Wow. It is a good thing the attending physician had given me some powerful pain medicine before that technician came along. There is no other way to say it, it hurt like hell the way she push and shoved my arm around to get the picture she was required to take. So, O.K. she was just one bad experience in the health care system. I have a few other stories I could tell, but you get my point.

But, let me tell you about my 84 year old mother-in-law. She worked the American promise. She had a good job for most of her employed years and had a great insurance program with it. That insurance stopped when she stopped (retired) working. To make up for that lack of insurance she paid into a system that gave her a supplemental insurance program to cover over the Medicare system that is part of the social security system we have in America. She uses her small pension and social security along with part of her savings every month to pay for her living quarters. The other day she called us and wanted some Tylenol to be delivered to her because she was sore from "too much exercise". Turns out she was hurting more than Tylenol would take care of, so it was off to the emergency room.

There she was chipper while being administered several tests to identify the problem causing her pain. She was chipper that is until she went in for the CAT scan. You see, like many older ladies, my mother-in-law is hunched over. Maybe it is the result of osteoporosis, I don't know. I just know she is old and bent over as if she is always standing inside the confines of her walker. Before this hospital administered test was the last time any family member would see her smile. Her pain went from a 10 to off the charts in just a nanosecond. Why? She was forced into a position that was "required" for the technician to get the desired image to give to the doctor.

Couldn't the technician see that the patient was "bent over"? That as an elderly person it would be impossible to lay flat on her back? How do these people get their training? Why did a doctor order the test when he could see the patient would not be able to lay flat on her back? Is there no alternative to getting the diagnosis than torture for the patient? Is there no muscle relaxer that could be administered prior to placing someone in a position that is un-natural for them?  This is not health care.

Get ready to pay a tax on your "great insurance coverage" as that's one way the Democrats are going to fund the coverage for those who don't work. This is socialism at its worse. This will be the end of medical innovation and great health care.

My daughters broken arm was so expensive.  She saw one doctor, took three x-rays, and got a "soft" cast (it was a splint wrapped with two ace bandages) and it was over $1500.   If you take the wait time out,  she was actually seen for about 30 minutes total (doctor, xray time and time to have a nurse wrap her arm).   The three xrays at cost would be about $25 for materials and electricity. Granted, I KNOW that the equipment and maintenance etc is also a cost so say even $200 for materials and upkeep of the xray machines...that means 30 minutes of one doctor's time, one x ray techs time and one nurses time was $1300!  That works out to the neighborhood of $2600/hour for services rendered...does that seem a little exorbitant?

Dave, thanks for the input. You do know that tax on the benefit was part of the McCann/Palin plan don't you? I was against the Health Insurance Plan when the Insurance companies were in support of it. Now? I may be for it. I wish we all had the same coverage as our representatives.

Ron, I like your new photo. Maybe it your daughter, but you seem to have developed a softer touch. Thanks for taking the time to read and comment. It is appreciated. 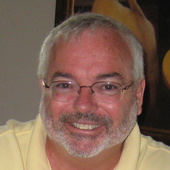 Just something I felt needed to be said. You can agree, disagree, or, well........... Search for Jersey Shore Homes HERE: Here are some great bargains that are available for sale in my market area: