The population of our planet is rising and rising. This is good for many people because there is the possibility of more friends! However many of the cities and suburbs are too populated for some of us. Douglas is a small city that is growing. It still has lower property prices that are seeing a slight increase in value. I believe that slow growth is a better way to go. There is less risk and feels like our community is solid and not being overinfatuated with itself.

Douglas is a U.S. border city. Agua Prieta is the sister city to Douglas. Agau Prieta has a population of 120,000 people. Douglas is sitting at 17,000. Quite a difference. However the 2 cities are socially, economically and politicaly connected. Many folks have a home in each city and many more if not most have family that live in both places. Douglas gets shopping benefts from people comming to buy products that they cannot obtain in Agua Prieta..and Agua Prieta has some really great restaurants.

Douglas has been a small city for a long time. It is not young. Douglas was founded in 1901 as a site for a copper smelter. It was incoorporated in 1905. Many of the buildings downtown and their surrounding homes were built from then till 1920. There are older homes surrounding downtown.

Currently the growth in Douglas is expanding it's city limits. There are a few housing developments that were begun around the year 2000, there are 3 more proposed. The developers have placed their communities smartly surrounding the city. They are not growing too fast, (good thing). However, one thing that I have been concerning myself with is bringing in commercial business to the area.

I've been learning what investors look for and want from a real estate agent. I have geek tendencies so I am all over getting folks data and analyzing it. There needs to be a reason in numbers for business folks to come and establish themselves here. There is still passion involved but the bottom line is numbers.

6million csossings happen annually through the Douglas Port of Entry. These are counted as pedestrians and individual vehicles. The passengers in the vehicles are not counted.

The State of Arizona , Federal government and City of Douglas have been doing a feasibility study for enhancing the commercial truck lane to cross through there. They are wanting to divert traffic from California and Nogales in western Arizona.  I don't know what they think the numbers will change to but I do know that the study is at 95% doable.

The city is propsing a new government center. The proposal is progressing well. The above pictures demonstrate the proposal. The county offices will consolidate in this area. The Mexican consolate will have a 25 year lease, Arizona State university and Cochise college want to work on an entrepenuerial center using one of the buildings. The walkway through the center will be for retail shops and street vendors. It also diverts traffic flow to keep it in the downtown area longer which will increase the business on the G avenue.

The city has shown an interest in developing the area beyond simply getting people to live here. It will take business development to truly grow the area.

Call or write me for more info.

Thanks Michael. Yes, though the market has slowed everywhere Arizona seems to be the place people want to move to. :)

Sorry about the abrupt ending on that post. I had a client walk in and had to end it. I sure wish AR had a save option. 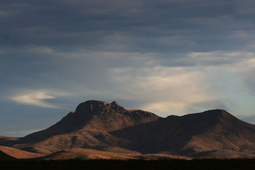