I've been needing a new computer for a while now.  Went looking two weeks ago and, to my surprise, nobody was selling computers.  It seems that everyone had sold out and were waiting for the arrival of Windows 7.  Got my new unit a couple of days ago.  Took advantage of the removal of trialware service offered by the Geek Squad.  Windows 7 is a revelation to me.  I know nothing of the problems with Vista because I've been using a ten year old laptop with XP installed.  Anyway, to make a short story shorter, I just took some pictures around the property, plugged the XD card into the slot provided and instantly had photos on my computer.  I'm flabbergasted by the speed. I then attempted a CD burn which I had never been able to do on XP.  Also was a snap!  Can't wait to write reports on this new gem.  My work time just improved!

Thanks David for the input. I hae a computer with Vista and in the beginning it was a challenge going from XP to Vista; everything I have heard so far for Windows 7 has been positive. I may have to upgrade. How does it work with your printer?  Did you have to add some new  software?

David I bought a new computer a month ago with an XP Downgrade and all set for the upgrade to Windows 7---can't wait to try it out.

Carl, All I did was plug the printer in and it was ready to go.  Considering my old man skills on the computer, this thing is great!

Charlie, Do you get the upgrade for free?  I can't say that I have ever had such good luck with a computer operating system.

Hello David - It's great to hear thet Windows 7 is quick.  My Vista laptop is terribly slow.  I'm looking for ward to the day I get to upgrade!

I really like 7, but my new computer is now in the shop being gone over, since it was buried in a pile of debris when the vehicle ran into my shop/office. 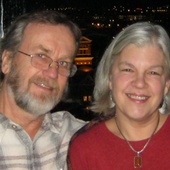