Status of Tax Credit:  Getting Closer

No, they're over spending.  It's not fair to help only those who are buying a house.  How about the poor, the homeless, and those who're still paying their mortgage.

This would definitely help get things moving in other segments of the market.

While I like spuring the drpsessed economy, I think people would buy anyway with low prices and I begrude paying their $8K out of my pocket of taxes.

No matter what the opinion on the tax credit, this is a good post.  Five bullets.  Easy to read on a busy day like mine.  Thank you. 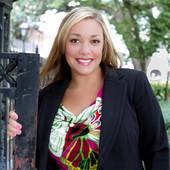