Here is the latest update as of this morning on the Tax Credit:

Let me know if you have any questions that I may help you with. 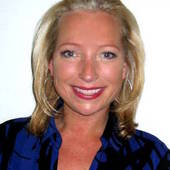