Today's real estate market is challenging, and more often than not, sellers are having a tough time. More homes are on the market, not necessarily through a desire to move, but out of necessity due to economic and personal considerations. So many homeowners are hurting and are trying to hold on as long as possible. Others have decided to try to sell their home either on their own or with the representation of a Realtor®.

The Greater Birmingham Area has been more fortunate than major cities in other states due to the steady and stable growth of appreciation, and there are positive signs that the real estate markets in both Jefferson and Shelby Counties are recovering. In fact, Birmingham was recently noted in CNN Money Magazine as being one of 7 best recovery cities. The article posted on October 29, 2009 stated that one of the major factors in this area's ability to recover so quickly is that, "Birmingham, like most Southern metro areas, is marked by a "high elasticity of supply," said Mark Fleming, chief economist for First American CoreLogic. Developers are relatively unrestrained in building, and these markets tend to be far less volatile than places like San Francisco or Portland, where development is restricted either by government policies, in Portland's case, or geography, in San Francisco's."

During this recovery period, Realtors® who sincerely take an interest in and give top notch customer service to their clients will find that they will gain friendships which will lead to additional referral business. Homeowners have a memory like a steel trap! They will remember everything their Realtor® did to keep them feeling like they were the only client at that time! They will remember the calls from their Realtor® with feedback from their showings, their open houses, their Realtor® replacing a burned out light bulb for them or replacing a smoke detector battery when they weren't looking...and just going that extra mile to keep them informed during this tough time. Homeowners are nervous and scared in a normal market, but especially so in our current economic state when they are uninformed and there is lack of communication. Many sellers are in uncharted waters, and they need representation and their Realtor's® knowledge. If there is nothing to report that week, they should receive a call if only to reassure, and "hold their hand." They will remember the stellar customer service, and continued communications that kept them on track and informed during this tough time.

Realtors®, remember this...when your clients are having a conversation with friends and acquaintances who are regaling the "horrors of selling a house today" and talking about the "agents who are just out to put their house on the market and then they disappear and avoid their phone calls," if you have put forth your best efforts, you will become the Realtor® of Choice for many people. As we say in Keller Williams, it isn't about the money. If you "do the right thing," the money will come, and so will more business.

Doing the right thing is so important for long term retention of referrals and word of mouth. I am also lucky that my area and city hasn't had a bad depreciation.

I always want to have a friend after the transaction is over! If you do the right thing and truly help your clients get what they need this will happen.  Great post, it always helps to read ideas to keep yourself focused.

Good uplifting post, I am glad to hear your market is doing well. When you do the right thing customers and money will follow.

Great Post.  I agree whole heartily on focusing on doing the right thing and the money come. 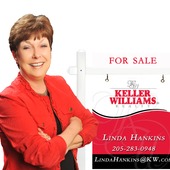