As you may know, last night the Senate reached a deal on extending and expanding the home buyer tax credit, and they plan on attaching it to the unemployment insurance bill. You can see a copy of the bill here. The tax credit provisions begin on p. 14.

Near as we can tell at this moment, the process from here will go like this:

1. There will be a cloture vote at 5 pm on Monday in the Senate on the new Baucus substitute. If it succeeds, it takes 30 hours to "ripen," i.e., before the bill can be brought to the floor.

2. Thirty hours later it's Tuesday night. There will likely then be a cloture vote on the full unemployment insurance bill, as amended.

3. Thirty hours after that, it's Thursday morning, when the Senate will vote on final passage of the bill.

4. The House could take up the bill as early as Thursday afternoon or Friday.  They likely will just accept the Senate bill and vote on that.  If their bill differs from the Senate bill, then the whole thing has to back through Conference. That's unlikely at this point - and undesirable.

5.  The plan/hope is to have the bill on the President's desk as soon as next weekend.

Obviously, this is all subject to change without notice. This is the Congress, after all.

You can see from the above that it is important to keep weighing in throughout the week - and sending this link to your network of friends, colleagues, family, neighbors, customers, employees, suppliers and urging them to do the same.  The amount of emails being sent through the Fix Housing First site has been fantastic - keep it up! 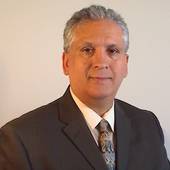