November 8th is coming around the corner very quickly. That is the day I fly out to Ft. Belvoir, Virginia. I feel, as I'm all snug in my chair, the urge to write everyone to let you know that I sincerely need your help to be successful in this journey of mine.

Here I sit, a Military Spouse and mother to three teenagers. Many can relate.  Anyone who is a military spouse knows that when it comes to dreams, the military comes first unless your dream fits the Military life style.  Many of you dream to be a teacher, a nurse, a Realtor, a banker, a pharmacist, etc… and with those dreams you can be a teacher where ever your spouse is stationed, you can be a nurse, a Realtor, a banker,a pharmacist. But there is one dream that has been hard for me to reach. There was a time that I was close to making it but in order to make it, I would have had to leave my family. It would have been a hardship on my husband and our three small children.  A husband who is in an elite unit that needed him.  Children who love their mommy and could have had emotional scars from me having to go away.  Me, it would have been hard to be separated from my husband and children and knowing that someone else was raising them while my husband was at work. I made the right choice to put my singing on the back burner, to be the wife and support my husband needed and to be the mommy that our children deserved and what I was committed to by having them.  In doing so, I found ways to still sing, even though my dream was out of reach.

I was in a local band called Def, Dumb and Blonde (I was the blonde) and we sang all over Enterprise and Ft. Rucker, Alabama. I mostly harmonized with the two guys on either side of me. I did a few country songs but all together, it was a learning experience for me to help shape my performing in front of people. As I look back, I laugh. A friend of mine who has been there since I started putting my dream into action, which was when my children were in school, said that I would just stand there and tap my leg with my hand or my tambourine. I didn’t move, I didn’t know how to entertain.  I’m sure there is video out there showing what a fright I was.

I did a gig with a Major in the Army who played the guitar and would sing for Christmas functions for the Military Spouses club in Germany. I was very active in P.W.O.C. (Protestant Women of the Chapel) and would sing for them during our worship time.

Every three months a group would get in a van and travel umpteen hours from Clarksville to Parris Island, S.C. where I helped lead worship for our Marines while they went through basic training. Knowing that more than one of the thousands there might not be alive this time next year was pulling at my heart.  We would get letters from the parents of these soldiers telling us how much it meant to their boy or girl that we came and did that for them.  That is when I realized that I wanted to sing for our military. I told my husband to let the unit know I would love to sing the National Anthem any time they needed someone. I didn’t accept any payment; I just wanted to touch people with my voice. To sing the National Anthem was the height of my singing. To be known as the “Anthem Girl” was such a high honor for me.

When I heard about Operation Rising Star it was a year ago, 2008.  A Night Stalker in my husband’s unit was going for his dream and the unit put it out to go and support him in the competition. I went as many nights as he was up there until he couldn’t go anymore. At this time I was in a competition my friends told me to try out for, the Beaver Idol.  I never thought about trying out for any competition.  While he was doing Operation Rising Star, I was doing Beaver Idol for the local country radio station here. The first time ever that I heard myself on radio, I had my children around me and we danced.  “Listen to Momma on the radio!” What a dream come true.  After not making the Beaver Idol title, I thought, what else can I do?  Here I am getting older by the minute and Nashville is more than likely out due to my age.  Then it started sinking in after every time I would sing the “National Anthem” someone would come up and ask me, when I was going to try out for American Idol? Why don’t you try out for Nashville Star? So, I started getting online and looking for competitions. Nashville Star is no longer doing their thing, at least this year. American Idol? I am over the age limit. Then Operation Rising Star popped up.  Why not try out? It's Military Idol!

So, I went down to the Sportsman Lodge and took my number, eleven.  I didn’t get all dressed up. I wanted the judges to hear my voice and not let my clothes or hair or jewelry be louder.  I sang “Strawberry Wine”.  Half way through, one of the judges stopped me and asked if there was another song I was on the fence with singing? As a matter of fact there was but I chose strawberry wine. I told them I was thinking about another song, “I Just Call You Mine” by Martina McBride.  They said, “Let’s hear it”. When I got to the high notes of the chorus, they all threw their hands in the air like they were on a roller coaster ride and started yelling, “That is what we were looking for.” “Why didn’t you do that as your first song?” So I made the top 12 of the local competition.

Wow. I was in a competition where I would have to choose my song for the theme and stand in front of everyone and sing. I was going for it.  Giving it my all because let’s face it, the clock is ticking away and it’s almost midnight.  I had the support of my husband, my children (which my girls helped me with my song selections) and my friends. My husband’s unit came out to support also.  I performed my heart out.  Enjoying it, it became very, very addictive.  I wanted more!

I got through every week.  I wouldn’t have made it to first place if it wasn’t for the votes of my fans! It was so stressful knowing that if I didn’t have enough people there to vote, I was out. I walked away representing Ft. Campbell to audition for the Army World Wide Competition.  We did my audition dvd and we had to send in the final song I sang in the competition for the judges to vote on. There were 12 judges who looked at all 35 installations winners and narrowed it down to 12 singers.  I found out October 21st, my 20th year wedding anniversary, that I was one of the 12!  My husband woke me up and told me to get dress and follow him.  I thought he was getting ready to give me a wedding anniversary gift. He told me to sit down and brought the computer over and wham..there I was, in the top 12! Such a wonderful man. He had been checking all morning while I was sleeping! He was just as nervous and excited as I was but then, I was the one still sleeping. :)

Then it was time to let the fans and public know that in order for me to move to the top, I would need the support of my Military Installation and my hometown, Clarksville to vote for me.  I’ve given my life and support to our Military and I know that I am not known by many, just another Military Spouse but I am a Military Spouse that needs your help in votes. You can do this in the comfort of your own home. Just like American Idol.

As I said at the beginning, I leave for Virginia on the 8th of this month. I am putting all my fans email address’ in a file so that when I am done singing, I will email you from my phone and let you know that you have a two hour window to vote for me from where ever you are.

Please send me your email if you would like to be on the list. The more fans I have voting, the closer I am to my dream. I will do a “test” on the 7th, so if you don’t get it, you know to check your junk file.

What is the prize for this competition? An all expense paid trip to Los Angeles, CA to record a demo in DMI Firehouse recording studios and so many more possibilities…. Help me make it, join my fan club list, free, today.

Oh the memories. Great post, thanks and have a great week and make lots of money.

Thea...I don't think I ever ran into you in the "Rain" before and I have no clue how  I clicked on your blog post...But I started to read it anyway and lets just say I'm glad I did... and if your asking me to vote for you ....YOU GOT IT.... It sounds like this is something that was a long time coming .... and a great lesson for everyone to never give up.... I hope you win.....peace zane

We welcome you with open arms! You'll like it in No.VA (except for the traffic). There is alot to do here and most of it cost little or is free. Also, the housing market is great here. If you have or can quickly get your VA license, you should do well. The issue here is having enough inventory to sell.

Tom, I will only be there for 2 weeks. Not moving there, just going for the Army World Wide Competition. Thank you though for opening your arms to me as a Realtor.

Zane, thank you for your comment. I got your email. Your on my list to email to vote. Thank you again!

Terry, memories indeed. Gotta love them. You have a great weekend too. Sunny here!

I'm proud of the choices you made and the commitment to them.

You've got my vote and email.  Just tell me how/where to vote.

Mike, give me your email address and when I am finished singing, I will email you to let you know it is time to vote NOW! I will have the web address to go to.  www.oprisingstar.com  You can go there now and if you click on the vote tab, you will see the top 12 contestants.

I just need your email. 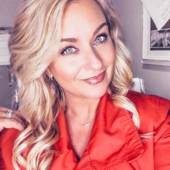