There were 1,628 foreclosure actions filed in Lee circuit court in October, up 1 percent from September's 1,610 but down 40 percent from the all-time high of 2,665 in October 2008, according to statistics released today by the Southwest Florida Real Estate Investment Association.

The number of foreclosures in Lee County started to increase three years ago after the residential real estate boom ended in late 2005 and prices started to decline. Since October 2008, the number filed monthly has generally been declining.

According to the association's report, 1,403 certificates of title were conveyed by the Lee clerk of court in October - that occurs when a property is sold on the courthouse steps to satisfy the mortgage after a final order is issued in a foreclosure lawsuit. 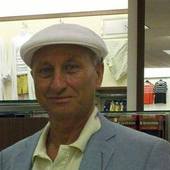 As you would expect, the market remains a "Buyers market" with one of the largest ever inventories for the Cape Coral Florida area. We expect asking prices to continue to be adjusted downward since new levels of desperation tend to set in after the tourist season. Denial remains an issue for many sellers. These people are committed to waiting it out and refuse to lower their price....more and more will soon "see the light." Gas prices, the economy, the war, insurance prices and the taxes are collectively matters of concern for potential buyers. Additionally.....it has long been known that the best Cape Coral FL Real Estate buying policy is to buy when no one else is.......That would be NOW!!!! You can contact me directly at (239)898-2120 "Your Cape Coral FL Realtor for Life"