"It is a paradoxical but profoundly true and important principle of life that the most likely way to reach a goal is to be aiming not at that goal itself but at some more ambitious goal beyond it."

Without necessarily knowing it, at the fundamental level of this philosophy, Toynbee is validating much of the research/practices of cognitive psychology and positive affirmation; particularly surrounding the achievement of success. Though a quite simple truth at the core level, truly successful people continue to be the minority in this world. Why?

I would contend that we all have dreams...big dreams! However, it appears that is all most ever do...dream. Could it be that most people understand this simple philosophy but just aren't willing to make the sacrifices, commitments and deploy the discipline to meet and exceed goals? Could the fear of failures along the way to a goal or ideal be enough to cut significant portions of the world's population out of the population of truly successful individuals?

Are YOU a dreamer? Or are you willing to "do the things that unsuccessful people aren't willing to do" to make your dreams realities?

I have heard this idea expressed in many different ways... It's in undisputible, most of us know this, but only a few practice it

We all have dreams

Only some have goals

And even fewer have action items for their goals 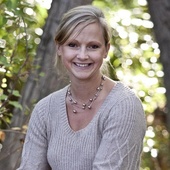