Real Estate Competition Contraceptives and Why They're Bad for Business 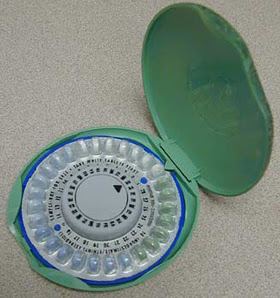 The other day I posted on a friend's Facebook page that he ought to think about a career in real estate. He has seen excellent success in his current position, and I felt as though real estate sales might be a great fit for him and his personality. A few minutes later, another realtor friend of his chimed in and stated that there are already too many real estate agents out there... likely to save her from having to compete with one more agent out there. Sometimes within the culture of real estate agents, there exists a thought that competition in the market is bad, and so they'll try to scare anyone they can away from becoming their competition by various methods. Agents do this in several ways, but always with the same end... to limit the threat of competition. Sometimes its done by high entry fees to Multiple Listing Services or Boards of Realtors, or by limiting who has access to the properties in the area, or by snide remarks or scare tactics such as the aforementioned individual used on my friend. These are what my dad has termed "competition contraceptives." And of course, that means exactly what you think it means. Anything that is meant to stifle the growth of competition in the market.
I wish I could change that mentality. Competition in and of itself is actually a good thing, for both the consumer and the agent. Competition in the market weeds out manipulative and monopolistic companies and agents. Competition becomes the breeding ground for innovation and better service. Competition can create solutions to market problems, and competition can help get us out of the slump we are currently in today. I'm convinced that competition makes us strive to be better.

The rest of my blog post today will simply be a list of gripes of things I've personally seen in the Shoals area and throughout North Alabama, why they are bad for business, and what solutions (if any) I would recommend.

Competition Contraceptive #1 - Marking Your Territory and Locking Others Out

I started selling real estate in Huntsville, Alabama. Their MLS, known as the North Alabama Multiple Listing Service, provides real estate agents access to properties across all of North Alabama.... all of North Alabama except the Shoals area. Cooperating Boards of Realtors in the NALMLS are Athens Limestone, Etowah/Cherokee, Huntsville Metro, Jackson County, Marshall County, and Morgan County. The Shoals Area Association of Realtors has their own MLS system, found at SearchtheShoals.com. A couple of years ago, the Shoals area decided to use the same MLS system, however declined to participate as a cooperating association with the NALMLS. Around this same time, murmurings of BRAC began to circle around, which was supposed to bring thousands of high paying jobs to North Alabama. Our local governments in the Shoals began to spend several loads of money advertising the area to potential BRAC move-ins. Many people make the commute from the Shoals to Huntsville everyday, so an overflow of move-ins to the Shoals seemed likely. The problem? We didn't really see any influx. Most BRAC move-ins seem to use real estate agents from the Huntsville area in order to help find houses to buy. Unfortunately for us over here in the Shoals, none of those Realtors have access to our houses here. That means that the Shoals isn't even being considered as an option to folks coming into the area. A potential homebuyer might have stumbled across homes in the Shoals that they may have liked while searching on the MLS, but under our current setup, that is highly unlikely. Many agents here would prefer to keep it that way in order to protect their interest in the local real estate market. However, in doing this, we may have missed out on a great opportunity to rejuvenate the real estate market of the Shoals with folks that could have been brought in through BRAC.

A few weeks ago, I received a lead from my Facebook page of an individual who wanted me to sell his home in Cullman, Alabama. As a hungry real estate agent, I was excited to respond to the lead and go sell the house. After a little bit of research I found that the NALMLS (from Huntsville) had a few homes in Cullman, but I quickly realized that the real estate agents there must be using a different system. I called their local board of Realtors and found out that Cullman County has their own MLS system. Not only do they have their own MLS, but they also charged around $1500 to join it. They also charge another $250/quarter to maintain membership, plus you have to buy a high tech lockbox and key set that costs $500 just to get access to their houses. After you add all that up, there was no possible way I could've made profit selling that one house. Thus, I was forced to decline this individual's business. I guess I did exactly what the local agents wanted me to do... I had to give it up, which meant that one of their local Realtors would get the business. That's great for them, but being holed-up like pre-war Japan didn't do well for the Japanese, and I doubt it will help Cullman County. Knowing there could be competition brought in by outside agents would force those agents there in Cullman County to strive to do better, to find ways to serve their market in greater ways, and to outdo any of those "outsiders" that might come in if they aren't offering enough of what the consumer really wants.

Competition Contraceptive #3 This Is the Way We've Always Done It, So You Can't Do It Any Other Way

Now, that's an innovation killer if I've ever seen one! Unfortunately, there have been many agents that have made a slow transition into the technical age. While many have embraced technology and can handle it like a champ, some have been slow to fully utilize the wonders of the internet, mobile smart phones, and social networking. Sorry to break it to ya, but gone are the days of advertising in the local newspaper and real estate magazines. Who has the money to do that anyway? For $160 or more per page of advertising, it really doesn't make sense to advertise that way anyway. Not only is it expensive, your ad probably shows up on page 82 a month after you've given them an ad. This means that new listings are actually old listings, or they might already have a contract, or a price change. While magazines and newspapers may do well to get your name out there, they're a terrible way to communicate with home buyers and sellers when compared to the internet.

Another issue that comes up all the time is the fact that many pictures of houses on the MLS are TERRIBLE. Not only are many of them not very good, but so many only post one or two pictures. When working with buyers, its so much easier to help them buy a house when they can see all the great features of the house, and read complete information about it. When all the buyers have to go on is a crooked, out of focus picture of the front of the house, they quickly pass it buy for one who looks more appealing. If your house is currently on the market, ask your agent to see the listing. You deserve an agent that will present your home in the best way possible... it could mean that your house actually sells as opposed to sitting on the market for months and months.

You'll have to ask my wife where the phrase "jerkface" comes from. It's used quite often at my house... mostly aimed at me. :) Working with other agents, you get to meet all different types of people. I've been able to make friends with many different folks, and have been able to create meaningful professional relationships with a lot of them over the past several years. Unfortunately, occasionally you come across a bad egg who is territorial, cranky, diva-like, or downright rude. My brother once tried to call a listing agent to set up an appointment to show one of her listings. After several failed attempts to get in touch with the agent while out showing properties to his clients, he decided to speak with the homeowner to see if they would give them permission to see the house. The homeowner was very kind and happy to let them in, since he was extremely anxious to sell his home. A few hours later, my brother received a phone call from the listing agent, who was very mad. After chewing him out for a few minutes about how he shouldn't have shown the house without her knowing, she finally said, "That's just not kosher, Noble!"...and then hung up the phone. Any normal agent would've been ecstatic that one of their listings was being shown and potential buyers were viewing the house. This agent, in a pathetic attempt to bully my brother, ended up losing the respect of his clients. His phone was on speakerphone mode, and they heard the entire conversation. They could not believe the unprofessionalism shown by this agent. They were so disgusted that they decided right then that they didn't want that house.

It's been my experience that 95% of all real estate agents are wonderful, hard working, honest,upstanding people, and I hope you never have to deal with the 5% that aren't. It's sad that individuals such as these have made it so that many people do not trust real estate agents. Bullying and cattiness only frustrates fellow agents, and will probably make you look dumb in the process.

So, there you have it... do you agree? disagree? Have any more gripes or complaints? Feel free to post your responses here. Good night all! 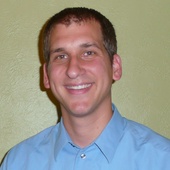