Ok, this is like waiting for smoke signals from the Vatican, but when it comes to the decision on the First Time Buyer's Tax Credit extension... we are all still waiting on the decision. Agree or Disagree, the decision will head to the President's desk shortly, and then we all will know. Buyers that are hoping to be closed by November 30tht will rest easy, knowing that thier 8K handout in the form of a tax credit will be safe and secure, as long as the close by what is projected to be an April 30th expiration date for the extension.

Here is the latest from the NAR:

After two weeks of delay, the Senate last night cleared the way to pass a seven month extension and expansion of the tax credit for homebuyers. By an 85 to 2 roll call vote, the Senate voted to cut off debate on a package of measures that includes the homebuyer credit, making it virtually certain that the legislation will reach President Obama for his signature this week.

The homebuyer tax credit, due to expire in 28 days, would be extended through April 30 of next year. First-time buyers who are in process of making a purchased would not need to worry about qualifying for the $8,000 credit if they close after the November 30 deadline.

For the first time, the legislation cleared last night makes move-up buyers as well as first-time buyers would be eligible for a credit. The $8,000 maximum first-timer credit will continue and will now available to couples with income up to $225,000, a nearly $55,000 increase above the level in existing law. A new $6,500 maximum credit would also be available to move-up homeowners who have lived in their current residence for five of the prior eight years.

The tax credit has fired the housing market, driving existing home sales to the highest level in over two years. The National Association Realtors reported sales jumped 9.4 percent to a seasonally adjusted annual rate of 5.57 million units in September and are 9.2 percent higher than the 5.10 million-unit pace in September 2008.

Only two Republicans voted against the credit. One of them, Senator Kit Bond (R-Mo.), said, "We're kidding ourselves if we think we can prevent more fraud, more taxpayer losses," "The most effective means of preventing fraud is simply to not extend the credit."

The legislation included provisions added to address complaints of fraud. The Internal Revenue Service is given greater authority to oversee the process to root out fraud, and provisions are added in response to past abuses of false sales or underage buyers. An investigation by the Treasury Department's Inspector General for Tax Administration found that more than 580 children, some as young as four years old, had received $627,000 in first-time homebuyer credits. The IRS has identified 167 suspected criminal schemes and opened nearly 107,000 examinations of potential civil violations of the first-time homebuyer tax credit.

A number of economists have voiced concern about the $16.7 billion.cost of the credit and the wisdom of spending up to $400,000 per homebuyer to stimulate real estate sales. The White House has been lukewarm at best. However, it is virtually certain that the President will sign the legislative package, which contains an expansion of unemployment benefits as well as the tax changes.

Julianna, thanks for the update. Your information appears solid.

I agree - and it is putting some contracts on my listings in jeopardy - buyers who need/needed to close by the deadline have walked or have threatened to walk because they don't know if the tax credit will be extended, but at the same time, they are in a short-sale contract awaiting bank approvals.

The Senate Nov. 2 vote was not to pass the bill, it was a vote to end debate on the Senate Amendment as a substitute (in place of the House bill).  The "amendment" still has to be voted on by the Senate, probably Thursday, as they are contemplating another cloture vote tonight, which gives them an additional 30 hours to bring it to a vote in the Senate.  Once the Senate approves the substitute bill, S.amendment 2712, the House will have to fit it into their schedule for a vote.  Could possibly be signed yet this week, but then again... 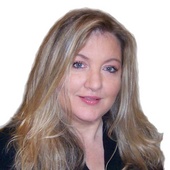 Julianna Hind is a Real Estate and Design Professional in King and Pierce County. She is a Realtor who also stages the homes she sells. Julianna is a member of the NAR (National Association of Realtors)IRIS (Interior Redesign Industry Specialists) and RESA (Real Estate Staging Association)
206-679-4768