Like:
Home > Blogs > Kaaren Hall > Kaaren Hall's (kaarenhall) Blog
Pre-tax or after-tax? That is the question? I'm not a tax professional (I'm a Third Party Administrator for self-directed IRAs). So, check with a tax professional to verify... with that disclaimer out of the way I'll say that income taxes are on sale next year. I mean a red hot fire sale! In 2010 there's something called TIPRA, the Tax Increase Prevention and Reconciliation Act. So why should you care? With TIPRA you can CONVERT pre-tax IRA money to Roth money REGARDLESS OF INCOME. Note I say "convert" and not "contribute". The income limits still apply for contributing to a Roth IRA, but you can convert to Roth no matter how much you earn. That's great by itself but the feds are giving us another perk here. When you convert pre-tax to after-tax retirement money you have to pay the tax on the conversion. The perk comes in 2010, because of TIPRA. You can split that tax consequence over 2 years. Basically it works like this. January 1, 2010 you convert your Traditional IRA to a Roth. You don't have to write a check for 50% of that conversion until April 15, 2012! The second half would be due April 15, 2013. Conventional wisdom would say pay taxes now while they're low. You & your CPA can determine what's right for you. You can self-direct most retirement accounts and use these dollars to buy real estate (or basically anything except life insurance or collectibles) IRS Pub 590. That's what I do, I provide self-directed IRAs so people can take control of their retirement dollars and invest where they like. www.uDirectIRA.com
LIKE
close

Fantastic post - thanks for sharing. More good news... Once you've got real estate in your retirement portfolio, don't forget about 1031 exchanges as time goes on and you need to adjust your positions (sell one house, use the proceeds to buy 2 more and defer tax on the gain.) Check with your tax advisor to consider suitability for your situation and any limitations that may apply.

Great post.  I do think the IRA real estate is limited to homes not for personal use though.

That's right - self-directed IRA investing is for "investment purposes only" and therefore can be used for non-owner-occupied, investment properties 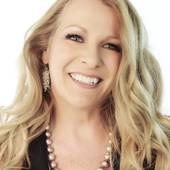