This article is courtesy of By MCKENZIE CASSIDY, mcassidy@breezenewspapers.com

Cape Coral home sales are undoubtedly on the rise, yet experts point out that the inventory of empty residences isn't dwindling as quickly as some would expect.

According to a report from Florida Realtors and the University of Florida Bergstrom Center for Real Estate Studies, September home sales in the Fort Myers-Cape Coral metropolitan area increased by 77 percent when compared to September 2008.

And although this is a sign that more people are purchasing homes than ever since the economic crash, Bill Demay, a Realtor at Century 21 in Cape Coral, said the home inventory isn't decreasing as quickly as expected.

"Our inventory has been going down slowly," said DeMay. "Inventory is going slow because there are additional homes that need to be sold, but aren't on the market."

Cape Coral inventory has remained between 6,000 in 2007 and approximately 4,000 this year. Sales have risen sharply - between 400 or 600 per month on average - but the amount of vacant homes hasn't decreased dramatically.

DeMay said inventory isn't changing much because many homes are in the middle of the foreclosure process and haven't been put on the market yet. At the same time, some buyers are simply shifting residences, leaving their old home empty and keeping vacant numbers the same.

"You have a big back-log of houses sitting out there and are still part of the foreclosure process, or people who are in trouble with their houses," he said. "What is really happening is that we sell 400 to 450, and new ones come and take their place."

According to DeMay, the market will only be cured when more people move to Cape Coral. And as the inventory is sold off, new construction and industry jobs will come to the city as well.

"We were highly construction and new home driven and that stopped," he said.

Home prices are allowing many people to buy a home who could never afford one before. National home prices were down 10.1 percent in August 2009, according to First American CoreLogic, an improvement from a decline of 11.6 percent in July and 14.1 percent in June.

Prices in the Fort Myers-Cape Coral metropolitan area were down 17.18 percent in August 2009 from the same month last year.

According to an index of the local home prices, by August 2010 they will be down 9.91 percent. First American CoreLogic is predicting that prices will hit bottom in March 2010 and will begin to increase.

NOW ... my take on the article above.

I am very surprised to see the summation that our inventory has not dropped as much as many expect.  It could well be that the prices, which HAVE increased already, have done so at a rate beyond what buyers will tolerate!  I ran a search for homes under $82,000, built between 2000 and 2009, with 3 Bedrooms, 2 Baths, and a 2-car garage.  If I eliminated SHORT SALES, only 51 homes came up.  THAT is a huge reduction.  Once I included Short Sales, 98 came up.  That means 47 are short sales.

I focus on this category of home, as it is the type that is driving most of the sales in the city.  Yes, there are some excellent deals on Gulf Access Waterfront homes, but that inventory is also diminishing.  Season has just begun, too - this means our out-of-area visitors will likely snap many of these remaining homes up while they're here.  This also points out that the record sales that have been happening here were taking place in our OFF SEASON!  That's a big point.

So there you go ... a mini-analysis of the Cape Coral Breeze article. 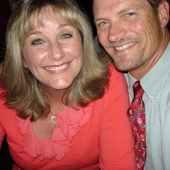 I write about anything and everything to do with Real Estate in Cape Coral, Fort Myers, Lehigh Acres, North Fort Myers, Estero, and Bonita Springs. Check me out and learn some stuff!