Probably the biggest question I get these days is "Has the $8,000 tax credit been extended??"

The short answer is NO. There are bills in the Senate right now that are anticipated to be approved in the coming days, but nothing is concrete at this point.

A few points about the proposed extension:

This would be a good bill & would continue to stimulate the housing sector - I hope they pass this soon.

Please call me if you are in the market for a home loan. I can get it done!!

I specialize in working with first-time homebuyers across the state of Florida. I know FHA, VA, USDA Rural Housing loans inside & out and would love to answer any questions you might have.

Dan, yes this is good info to know and thank you for it.  I listened to CNN this morning and they said the extension was to be voted on today...I have not heard anything...I wish they would get their act together.

It seems to be pretty official now, a week later :)  YIPPEE*** 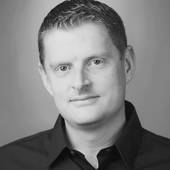 Mortgage blog written by Dan Magstadt to help give some insight into the mortgage market as well as let everyone know what's going on at Meridian Financial & my personal life!
rets