Recessions are inherently unfair.  The people most affected are the very ones who have always pulled us out of recessions.  Private industry.  Recessions would be shorter and easier to weather if everyone participated, however most public employees and unionized workers are not allowed (or forced) to participate.  They continue to get cost of living increases even when the cost of living is going down.

Unemployment numbers are even skewed.  They don't include people who have run out of unemployment benefits.  They don't include any self employed workers and business owners who closed up, independent contractors which comprise most of the construction and real estate industries, farm owners and laborers, independent truckers, waiters, etc, etc.  Most of the above are not part of the unemployment system, so the fact they are not employed or under employed is not effectively recognized.

How can the recession be spread out more evenly?  How about all public employees... local, city, state and federal employees including teachers, politicians, and public services taking pay cuts commensurate with the private sector?  How about government and schools cutting back with layoffs and salary decreases?  How about state and federal government reducing the number of representatives and senators...and staff?

Teachers and administrators at private schools have been taking annual pay cuts for several years. Most school systems are still giving incremental and cost of living increases and asking the struggling taxpayers to vote to pay more taxes... not on income which would be fair to the un and under employed...but on their real estate!!!  Many like me are working double the hours for 2/3rds or half their normal pay. Why shouldn't everyone participate?  Have you ever wondered, with technology making us capable of handling 2 to 3 times the workload that congress hasn't seen fit to make each representative represent 2 to 3 times more people...thereby eliminating half or 2/3rds of that expensive featherbed?

Recessions need to be more fair.

They will never be fair. The problem is that our governments never realize they may be part of the problem. 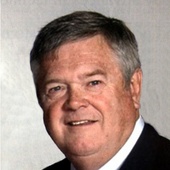