When Range pricing first came to Madison Wisconsin, I shied away from it.  I did get a good background on it was too new in the market to be acceptable.

Now it is well known but it has really not been used to it's full extent.  Now, in a slower market, I have embraced it almost totally.  After a number of swift successes, I feel like I am some what of an authority on the subject.

It is still a bit of an unknown to most clients, agents are better informed but I still get questions like why wouldn't people just bit the base price.

So I thought it time to create a consumers guide/explanation.

First a bit of background, then I will give a good example of how it has just worked.

Let's start with it's origin.  Range Pricing was thought up in Australia in a slow market.

It was scientifically tested and actually worked to increase the likelihood of an offer in a slow market.

Range pricing was designed to have a 20% range.   ( ie on a house prices at $200,000, the range would be $40,000) The idea was to offer an incredibly low bottom end price to get buyers into the property.  I think most of us have heard of creating a feeding frenzy as a pricing strategy.  Well this is similar.   Only you are suggesting that the listed price is a low and negotiations are from there up, not down.

If you can get a flurry of showings early in the listing, not all will bring an offer, not all will offer above the low end, but someone will value it at higher than the low end.  And spurred on by the presence of other offers and a skillful negotiator/practitioner, will go higher to ensure capturing the home.

So what about the question of buyers bidding only the low end?

Well, doesn't it depend on the price?  Don't buyers and sellers set the price?  If a buyer thinks that the price is good, and there is competition, won't they go higher?  If they know the home is overpriced, and no one else in bidding, won't they low ball still?

So here is an example of one that has just worked so well for me.  see this listing which was a featured listing in Localism.  (bear in mind that the market is such that many homes are just sitting, but this is a very convenient, popular central neighborhood).

I was delighted to use and practice my negotiating skills, even before an offer appeared to indicate to customers that it was priced incredibly well and we expected to be at the high end.

One by one the offers rolled in.  3 in total, from 6 showings( we cancelled the rest).  We played each off and with out even issuing a counter offer, we had buyers rewrite offers higher till we were above the top of the range.  (I can not disclose how much).  Result, offers written to suit the seller and happy sellers

Did I get it sold?  Yes.  It took 10 days of hard negotiating, and the price wasn't quite as high as we might have hoped, but we did get an offer accepted, again well above the low end.

Although the recommended range is 20%, in our market, agents often fix a range of $5,000 or about 2%.  This really does not do enough and is basically a fudge for bad pricing or giving in to sellers demands.

Show All Comments
Roberta Murphy
San Diego Previews Real Estate - Carlsbad, CA
Carlsbad Real Estate and Homes
Guy: In San Diego, I have seen listings with enormous ranges (eg: 950,000-1,200,000). I am in favor of value range pricing, but not when an agent uses it for being clueless.
Like
Real Estate Guy in Madison, Wisconsin
Powered by: Real Broker LLC - Madison, WI
Real Estate Guy

That is a high priced home, and it is about the 20% recommended.  Thanks for your comment.

Great post! If I understood correctly, your MLS allows you to put only he low price of the range in the MLS. Is this true? Our MLS has 2-fields low and list.

Jack, Yes this is correct.

We only have one field, and a symbol afterwards(+,- and = to designate low, high or middle of the range).

The range is added in the description.

This sounds a bit like an auction with a below market start price.  Are owners able to select between with or without reserve?

There is no time frame, sellers are always able to reject an offer...Exept, one of the suggested rules was that sellers just committed to countering any offer in the range if they could not accept.

Thanks for the update.  Sounds like a good way to get a listing in play.  Perhaps listing agents could suggest this to buyers who are reluctant to price reductions.

Last Sunday's Trib had a good article on finance incentives to help stimulate sales in higher rate environments.  Would you like me to email a copy to you?

I was very anti value range pricing until I read your article. I used it on a condo I had listed where my seller didn't want to reduce the price, but the market was asking for it. I convinced her to value range price. We kept the top end at her price, and put the low end about 10% below that. Within 1 week we had an accepted offer. Thanks for the great article!

I now use value range pricing on any listing where the seller and I can't agree on a list price. Its a great way to compromise and bring the largest amount of buyers through the property.

Mindy, you are such a fan!,  I will have to hold myself down to stop flying away.  Happy to be able to help.

And good luck with the listing appt tomorrow.

Are you doing range pricing now? 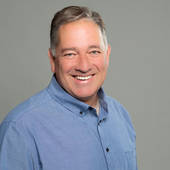 Our business is based on long term relationships based in trust. We people make great Real Estate decisions and hence we improve lives thru real estate.