Senate Approves Tax Credit Extension, Expansion
The Senate yesterday passed legislation to extend the $8,000 home buyer tax credit to May 1, 2010, for first-time buyers and add a $6,500 tax credit for repeat buyers if they've lived in their home for five of the past eight years. Home prices are capped at $800,000.

Households who have binding contracts in place by April 30 will be allowed an additional 60 days to complete their transaction. The deadline for members of the military serving out the U.S. for at least 90 days between Jan. 1, 2009, and May 1, 2010, has been extended one year.

Let's see if the pres signs it.  It should be a no brainer as he loves printing money.  Our economy needs real estate to do well though.

Arun, This is great news. Not only for the first time home buyers but also for the people that feel like they were left out. 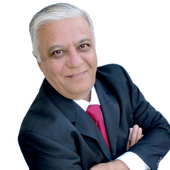