The U.S. Congress has approved a bill that extends and broadens tax credits that were set to expire this month. The bill extends the credit for contracts signed by April 30th and closing by June 30th.

Income limits are expanded to cover more affluent buyers; couples earning up to $225,000 and individuals earning up to $125,000 annually now qualify. It also creates a new $6,500 credit for buyers who have owned their current home for at least five years. Homes worth more than $800,000 wouldn't be eligible.

President Obama is expected to sign the bill as early as tomorrow, although he may have his hands full with the Fort Hood situation... I surely didn't expect to be an original on this one, but it has been much anticipated. It will hopefully bring us all a few more buyers! 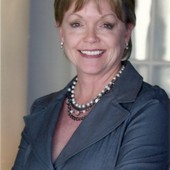