The first time home buyers tax credit extension and expansion awaits The President's signature on the bill (expected Friday, 11/6/09).  If you are considering purchasing a home, or "moving up" to a larger home this is great news!

Here is some helpful information about the changes:

First-time Buyer – Definition for Eligibility:
OLD: May not have had an interest in a principal residence for 3 years prior to purchase

NEW: Must have used the home sold or being sold as a principal residence consecutively for 5 of the previous 8 years.

Limitation on Cost of Purchased Home:
OLD: None

Purchase by a Dependent:
OLD: No Provision

NEW: Purchaser must attach documentation of purchase to tax return.

Nice way to outline it.  Thanks. 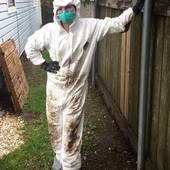