I felt like this was worth a second look at, The New Tax Credit extension for Payson, Utah and the rest of the country, the news just keeps getting better. Lets just keep beating this dead horse, we might just get lucky and revive him.WASHINGTON, Nov. 3 (UPI) -- The U.S. House Tuesday approved legislation that would extend unemployment benefits and expand an $8,000 tax credit for first-time homebuyers.

The tax credit is scheduled to expire Nov. 30. The bill would extend it to apply to home purchases under contract before May 1, 2010.

The tax credit is attached to a bill that would extend unemployment benefits by up to 20 weeks for people who have been out of work for long periods. Unemployment reached a 26-year high of 9.8 percent in September, and the latest figures are to be released Friday.

The Senate could vote on its version of the measure as early as Wednesday night and the House could take it up for final approval this week, The New York Times reported Tuesday. 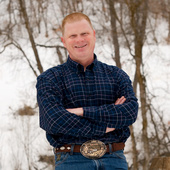