The new version of the tax credit has the potential to stimulate the housing market even more than the old version due to the fact that more Oregonians will qualify under the new rules. Although the tax credit remains at $8,000 for home buyers that have not owned a primary residence in the last three years, it has been expanded to include a $6,500 tax credit for home buyers that have lived in their current primary residence for at least five consecutive years out of the past eight years. Under the old rules, move-up home buyers did not qualify.

Example 1:
Jane purchased a home in 2002, lived there for 5 years as her primary home, moved
out in 2007, and turned that home into a rental property. If Jane decides to buy a
new primary residence today, she would qualify for the $6,500 tax credit based on
the fact that she lived in the same residence as her primary home for at least five
consecutive years out of the past eight.

Example 2:
Harry purchased a home in 2004, and lived there for the past 5 years as his primary
home. If Harry decides to buy a new primary residence today, he would qualify for
the $6,500 tax credit based on the fact that he lived in the same residence as his
primary home for at least five consecutive years out of the past eight.

Example 3:
Nicole purchased a home in 2006, and lived there for the past 3 years as her primary
home. If Nicole decides to buy a new primary residence today, she would not qualify
for the $6,500 tax credit based on the fact that she did not live in the same residence
as her primary home for at least five consecutive years out of the past eight.

The tax credit applies to Sherwood homes purchased for less than $800,000 before May 1,
2010. If you sign a binding contract to purchase a home before May 1st, you would
need to close on the transaction before July 1, 2010. It works kind of like a gift certificate that can be redeemed for cash. You simply file a form with the IRS right after you buy your home, and the IRS will send you a check for the full amount of your credit.

The income limitation for single tax payers in Sherwood went up from $75,000 under the old rules to $125,000 under the new rules. For married tax payers, the income limitation went up from $150,000 to $225,000.  This means that more people will qualify for the credit - especially in parts of Oregon with higher costs of living. This should help stimulate parts of the housing market that may not have been impacted by the old version of the credit. As an example, earlier this year I helped a single Fire Fighter get into a townhome. He works a lot of overtime and makes around $90,000 per year. This disqualified him for the tax credit under the old rules, but he would qualify under the new rules.

There are many creative ways of structuring your home purchase transaction in ways
that maximize the benefits of the credit. Here are a few examples:

Combined with the USDA Guaranteed Rural Home Loan or an FHA Loan, lower property values, many great homes on the market and today's great rates, there has never been a better time to buy a home in Sherwood.

Home buyers who work with a Certified Mortgage Planning Specialist are much better equipped to save money and navigate the complexities of the tax credit. 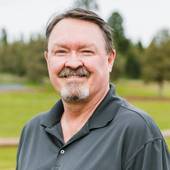