This is an article recieved from:

The legislation, which is part of a larger bill that also extends unemployment benefits, was signed into law by President Obama today.

More people are now eligible to take advantage of the law, which includes a $6,500 tax credit for buyers who are current home owners and have lived in their home for five of the past eight years.

NAR's Government Affairs Division has compiled facts on the changes made to the current tax credit. NAR members sent more than 500,000 letters to leaders in Congress and made nearly 13,000 telephone calls to Senate offices last weekend to encourage support. So far this year, REALTORS® have spent nearly $14 million lobbying Congress, according to federal campaign finance records compiled by the Center for Responsive Politics.

Sen. Johnny Isakson, a Georgia Republican and a former member of NAR, was key in extending the credit, as well as pushing it through initially. Other prominent boosters include the National Association of Homebuilders and the Mortgage Bankers Association.

NAR economists estimate that approximately 2 million people will take advantage of the tax credit this year. 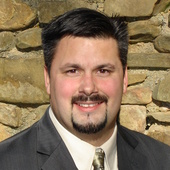 everything in and about real estate in the Roanoke Valley as well as personal updates and local events.