Some of my predictions for Lake Winnipesaukee real estate sales for the second half of 2009 have  already become true.  For instance...there are more pending and closed Lake Winnipesaukee real estate sales over $3,000,000 than there were during the same time period last  year (January 1, 2008 through October 31, 2008 versus January 1, 2009 through October 31, 2009),

For this same time period, there were 63 Lake Winnipesaukee waterfront real estate sales in 2008 and 64 sales in 2009.  The highest price sale for this time period in 2009 was $6.5 million versus a highest sales price of $4.1 million in 2008.  The average sales price in 2009 so far has been $1,125,478 versus $1,272,458 for this same time period in 2008.  There has been a dramatic upswing in sales prices so far for the second half of 2009.   The sales during the first half of the year were primarily below $1,000,000.  If the pending sales are an indication of how 2009 will continue, it looks as though the dramatic upswing in sales prices for the second half of the year will continue.  The second half of the year will have an unusual number of the highest end sales, even if  all of the pending sales don't close this year.*

(*Based on information from the Northern New England Real Estate Network, for the Lake winnipesaukee shored  towns of Center Harbor, Alton, Meredith, Moultonborough, Gilford, LaconiA, Tuftonboro, Wolfeboro for the above-referenced time periods. This information includes Residential properties only, NOT condos or land.) 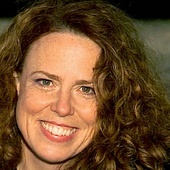 over 7 years ago
bookmark_borderbookmark
The Spirit of Winnipesaukee is Apparent in the Pho...
View more Recent Posts   arrow_forwards