Historical Palm Springs CA - a desert hideaway that holds countless treasures of Modern architectural design. Palm Springs has joined an elite group of cities around the country designated as distinct historic destinations. The city was named by the National Trust of Historic Preservation as one of 12 travel destinations for 2006. Each city represents a slice of America in some unique way.

Considered one of the oldest cities in the Coachella Valley, Palm Springs population is estimated at 46,858.

In the 1920's, Hollywood studios came to Palm Springs to shoot their movies and the Hollywood elite became attracted to this quiet haven, first-class hotels, and excellent shopping. The Racquet Club, The El Mirador Hotel, and The Biltmore Hotel were the choice for many stars in the mid 1930s.

In the mid 1950s, Palm Springs began to draw the Hollywood celebrities once again, and this time it was to enjoy the modern homes designed by the Alexander family. This father-son team of George and Robert Alexander with their mid-century modern design, built homes for Elvis Presley, Dean Martin, Debbie Reynolds, and other famous stars.

The Alexander home was so well designed by Palmer & Krisel, that the style has longevity and is now a classic. The rise of mid-century modern interests in lifestyle and building architecture have really taken off, and the Alexander classic is making a comeback and is a wanted commodity by all who appreciate open spaces, high vaulted ceilings, and unique rooflines.

The Palm Springs Aerial Tramway, now the largest rotating cars in the world, opened for business in 1963. As you ride up the tramway you can see a 360 degree view of the 10,000 foot San Jacinto Mountains. This landmark was the brainchild of Francis Crocker in 1936 and it took almost 30 years and many battles with environmentalists to make it happen. At the top, you will enjoy breathtaking view of the entire Valley from the restaurant, lounge, or observation deck.

The Aqua Caliente Tribe created the Spa Resort Hotel & Casino on the site of the original Hotel and Mineral Springs Spa which was a gathering place believed to have magical powers. At its origin in 1870, this site was one of the first to be used as a bathhouse. The hot water springs are still in use today and enjoyed by those who visit The Spa Resort Casino. 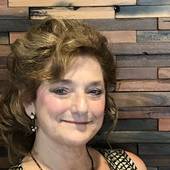 over 15 years ago
bookmark_border
Should I buy a fixer?
View more Recent Posts   arrow_forwards