I was at a birthday party for one of my daughter’s friends and was talking to one of the dads. As happens so often when two iPhone users meet, we talked about our phones and all the cool apps we have. He made the comment that he would easily pay $1000 for his iPhone. At first that seemed like a strange thought, but let’s consider it for a moment.

1. An iPhone has replaced my laptop for around town use. I am able to go to Panera and not look for a power outlet. I recently had to wait to get my car repaired unexpectedly. While I waited for several hours in the lobby, I caught up on several podcasts from some of my favorite authors, I wrote emails, posted on Twitter where I was, caught up with friends on Facebook, wrote a few more emails, than called a few of my current clients. If I had to remember my laptop I might not have bothered to do all that. I would have had to find power and wifi. This use alone, has saved me several hundred dollars.

2. We have been considering getting a Nintendo Wii (still really want one) but since I have to wait for Christmas, I decided to see what kind of games I could find on this phone. Holy smokes! There are some pretty cool games on here. I found a golf game called “Let’s Golf” that is addictive. I even play that one with my 6 year old daughter and she is getting close to whipping me. This game plus about 5 more can keep me, and both of my daughters, entertained for hours. How much is a Wii? About $200 not to mention all the accessories. Cost of game, 99 cents, cost of Wii $200.

3. I found a cool app that actually logs where all the local police officers are in town. It is likened to someone flashing their lights on at me as they pass a police officer. Since I am in a car all day this can be quite useful. No idea how much a ticket is but I know it is money I don’t want to part with.

4. No more paper maps. Okay, so I can’t put a high dollar value on this one but how cool is it not to have to print out yahoo maps anymore? Not to mention my time. Not only does the iPhone have google maps built-in but now you can actually get turn by turn navigation. This is a little more expensive, roughly $99. That is still less than a decent in car portable device.

Back to the original question, would I pay $1000 for an iPhone, I think I would. What about you? Does the value of an iPhone out weigh the cost of the phone?

Damn -i just got a new phone and despite the advice i got i didn't get an i phone and now i regret it!

Hi Chris ~ I've never been one to shy away from spending money on my business so ask me in a couple of weeks - I get my Droid tomorrow.

I cannot believe the cop-spotter app - do you think that's legal?  Amazing! You can pretty quickly think of a lot of underhanded ways that could be used.

I completely agree.  The iPhone is an awesome tool and resource.  I think a lot of the features are overlooked and undervalued.

As much as I love an iPhone and want one, I can't see spending $1000 on a phone. I think I would rather get a 3G USB adapter plan and use my laptop. There are still things that the iPhone can't do especially on certain real estate applications. Depending on what your needs are, you might pay the price for it.

Thanks for the post, I do love my iPhone, but $1000? not sure? HEY whats the cop finding app??? #idontwantanymoretickets 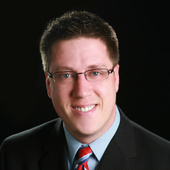