The rumor mill around the short sale world is that Bank of America is playing hard ball on the 2nd mortgage HELOC's. A recent call into my office presented some challenges for a local seller who found out that he had two choices. One, he had to agree to pay 85% back to Bank of America through a promissory note on his HELOC or they would not approve the short. His second option is fairly obvious which is allowing the home to go to foreclosure and force the banks to file a deficiency judgment. This is one of those things that makes me scratch my head a bit. I can't imagine anyone would agree to 85% with a promissory note, but I am sure some sellers will go for that.

From what I am hearing Bank of America has decided to instate a number of new policies on both the first and second mortgages, purchase money and HELOC's.  Supposedly this 85% agreement on the HELOC with a promissory note is non-negotiable. I hate that word as my belief is everything is negotiable, but some banks really don't negotiate which amazes me. I find it interesting that the government is trying to incentivise banks to push for short sales and yet some banks would rather take nothing instead of something.

Welcome to Active Rain and congratulations on your first post! The opportunities to learn and network are incredible here. Best of luck to you!

Welcome to ActiveRain, Jeran, and congratulations on your first post! This is a great website that's full of interesting and insightful information. Have fun and enjoy!

Thank you both. In the ever changing world of both real estate law and technology I find Active Rain as a perfect avenue for information. Creativity in the realm of real estate can be ehanced by multiple ideas and the wealth of information others have to share. I wish you both luck in your business and appreciate the comments.

Hi and welcome to Active Rain, a great site to network, share, learn, and have fun. Good luck.

1. At the very bottom of this comment click "Omaha Real Estate & Omaha Homes for Sale - The Trumm Team (Alliance Real Estate)" which will take you to my profile.

3. On the right hand side click the Tags dropdown menu and select "Welcome to Active Rain"

This will take you to my blog on how to get the most out of ActiveRain.

Short sales with Bank of America are like pulling teeth.  Unfortunately they have one of the longest approval times in the industry, and the new Equator system has only helped SOME!  Lets see them get it to TEN days like they are supposed to!  We have a great group to discuss short sales with BOA if it helps some: 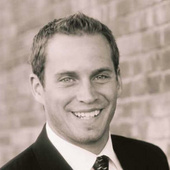