When I think about the central kernal of what Seattle is, I think about  technology seamlessly integrated into life.  And that can be seen in small things, like being named "The Smartest City in America" due to the highest number of graduate degrees and levels per capita.  Or the amount of innovators working on Green Living solutions that can be profitiable enough to involve the mainstream business world.

Compared to those, publically accessable WiFi might seem unimportant, but think about...being able to work in numerous public locations, or use your computer to work or communicate while watching your children play in the park, or even just stopping off quickly to get on the net for some essential bit of business during a busy traveling day.  It's the approaching future, and it's here now in Seattle.

The following parks and downtown locations have WiFi: Freeway, Occidental, Westlake, and Victor Steinbrueck Park, and it's also in the Plaza at City Hall.  Users should log in using seattlewifi as their link.

Edy, this is awesome!  I completely agree with you!!!!  We should be a free WiFi city and why not start with the parks all over town?

Edy, that's as great development. An ambitious plan was on tap here a few years ago; San Carlos (my town) and Sunnyvale (huge engineering center--the hub of Silicon Valley) were to be the first two cities on the Peninsula that had  free WiFi throughout. Then came the economic downturn and plans quietly fizzled out. 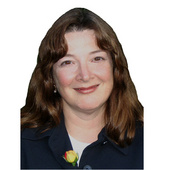 over 11 years ago
bookmark_borderbookmark
Hey, Seattle, Why Not Cut Your Heating Bills in Ha...
View more Recent Posts   arrow_forwards

Experience living in the Smartest City in the country... maybe the world? With more bookstores per capita and the opinions to back it up. We have lifestyle that's a mixture of the Northwest outdoors and culture with a distinctive beat. Why live anywhere else?